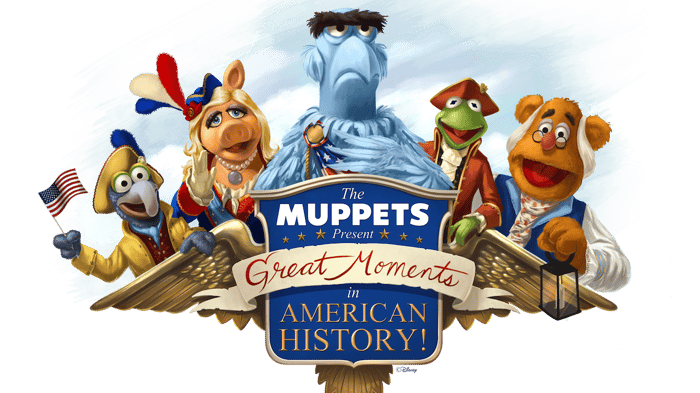 Disney's (NYSE:DIS) Magic Kingdom turned 45 yesterday, and today it opens its most significant new attraction in more than two years. The Muppets Present ... Great Moments in American History makes its debut at 9:30 a.m. in the park's Liberty Square area, just outside the classic Hall of Presidents attraction. It's a live show featuring Muppets staged in the second-story windows of Liberty Square's Heritage House and a live actor -- a singing male actor with improv comedy chops, per the audition call -- who will engage with the audience and the puppets as the town crier. The show will run at least five times a day.

With the presidential elections a month away, it's certainly a timely addition to the world's most visited theme park. Disney World's Magic Kingdom attracted 20.5 million guests last year, according to industry tracker Themed Entertainment Association, 2.2 million more guests than the original Disneyland in California.

The Muppets-themed show becomes the first addition to the park that isn't a quickly pieced-together stage show or parade since the Seven Dwarfs Mine Train opened 29 months ago. The new attraction may not be as thrilling as a family coaster or as marketable, but it does give Disney the ability to expand on a franchise that seemed to stumble earlier this year.

It's not easy being green

Disney didn't spend much to acquire the Muppets characters from Jim Henson's estate in 2004. It didn't shell out the billions it spent on subsequent transactions for Pixar, Marvel, and Lucasfilm. But the deal still made perfect sense. There was a Muppet-themed 3-D attraction, called Muppet*Vision 3D, at Disney's Hollywood Studio in Florida and Disney's California Adventure at the Disneyland resort, operating for years before the deal to acquire the characters. The show in California may have closed down in 2014, but Disney has gone on to make big best on the classic puppet characters.

Disney-owned ABC rolled out The Muppets in a juicy primetime slot during last year's fall season. It proved popular initially, but when ratings started to sag, the network nixed the show earlier this year. The media giant isn't giving up on the franchise, though. It will open PizzeRizzo -- a pizzeria themed to The Muppets' Rizzo the Rat -- across from its Muppet*Vision 3D attraction in a few weeks. Now comes the new Magic Kingdom show, a meatier outpost for the characters since that park attracts nearly twice as many guests as Disney's Hollywood Studios.

There's a lot riding on the new show this quarter. Disney World attendance has posted a year-over-year decline in the first two calendar quarters of this year, and the summertime period that just concluded was probably another stinker. This brings us to the brand-new quarter, Disney's fiscal first quarter of 2017, and it can't afford to stretch the streak of weak turnstile clicks to four quarters. Epcot's Food & Wine Festival should keep that park busy, but Disney's Hollywood Studios is an incomplete park, and Disney's Animal Kingdom recently scaled back its operating hours after initially playing up its after-dark activities. This places even more pressure on the Magic Kingdom to lead the rebound, and a new topical show starring characters that were recently given the hook at ABC are going to hope that they still have that magic touch.