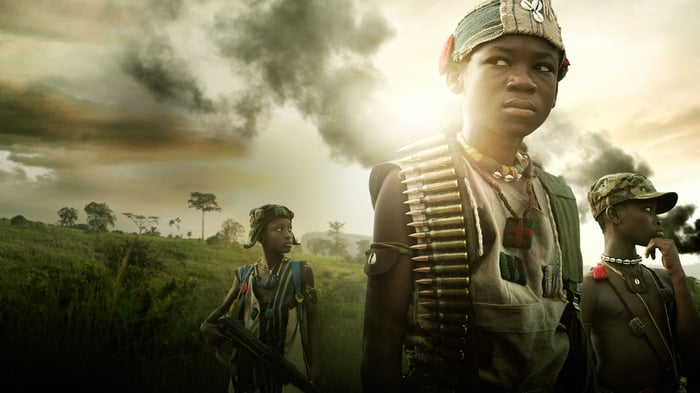 The quarter that so many analysts, investors, and big data analytics specialists were fretting didn't turn out so badly after all for Netflix (NASDAQ:NFLX). The top dog in the realm of premium video streaming cranked out blowout quarterly results, sending the shares sharply higher on Tuesday morning.

So much could've gone wrong, but the dot-com darling came through with the right report just when it needed it the most. Wall Street pros that scrambled to lower their price targets, downgrade the stock, or put out cautious analyst notes heading into the report are now turning the other way. The optimism is gushing this morning with at least eight firms jacking up their price goals for Netflix stock.

It's obviously a good day to be a Netflix bull and a painful one to be a bear. It's also a bad time to be a media or tech giant that was considering adding Netflix to its arsenal. All of these things can be blamed on the fact that Netflix has become a poor forecaster of its near-term performance.

Volatility is an irresistible fragrance for speculators

Shares of Netflix plunged 13% the day after its second-quarter results failed to live up to the content distributor's own guidance. It's only natural for the stock to be off to the races today after blowing through its targets for the third quarter.

"It's time for me to apologize for the volatility again," CEO Reed Hastings said during the earnings interview that followed its quarterly shareholder letter.

Netflix has traditionally come off as low-baller of its subscriber growth outlook, but it insists that it's merely broadcasting its internal projections at the time. These forecasts are going out less than a third into the current quarter, but they have been wildly off the mark lately.

Netflix's guidance for the second quarter overshot the eventual reality. The streaming star made a big international push during the first quarter, and it underestimated the drop-off in magnetism once the initial harvested demand is satisfied in a new country. Netflix also underestimated the negative implications behind the springtime closing of the grandfathering window for longtime subscribers that were given at least two years at older rates, even if most of those increases wouldn't go on to kick in until the third quarter.

The sloppy second quarter influenced the more cautious stance in initiating its guidance for the third quarter that it barreled through with ease. Netflix is either human -- erring on both sides -- or we can dismiss the second-quarter hiccup as a blip in the timeline of a serial lowballer. The next few quarters will reveal the answer, but for now Hastings' crystal ball is blurry.

The one thing that isn't blurry is that no one is going to be able to afford Netflix now. When you sputter as a niche leader, the rumor mill salivates. It's not a shock that chatter of Netflix as a buyout candidate built up to a scintillating crescendo following the dreadful second-quarter report that exposed Netflix as vulnerable.

Netflix is now back on top of the world. It's back to being the rock star that was the S&P 500's biggest gainer in two of the past three years. It may have struck a deal if it rattled off back-to-back disappointing quarters, but now investors have no reason to hope for an exit strategy. All eyes are on the ceiling now. The floor is yesterday's news.