Please ensure Javascript is enabled for purposes of website accessibility
Log In Help Join The Motley Fool
Free Article Join Over 1 Million Premium Members And Get More In-Depth Stock Guidance and Research
By Todd Campbell - Dec 10, 2016 at 6:41AM

The biotech has updated research suggesting its new clinical-stage drug could slow down Alzheimer's disease progression.

Biogen (BIIB -0.57%) is spending big money on an Alzheimer's disease moonshot it hopes can transform how doctors treat this devastating disease. This week, data from a trial evaluating Biogen's aducanumab suggest that may be money well spent. Could aducanumab usher in a revolutionary new approach to treating Alzheimer's? 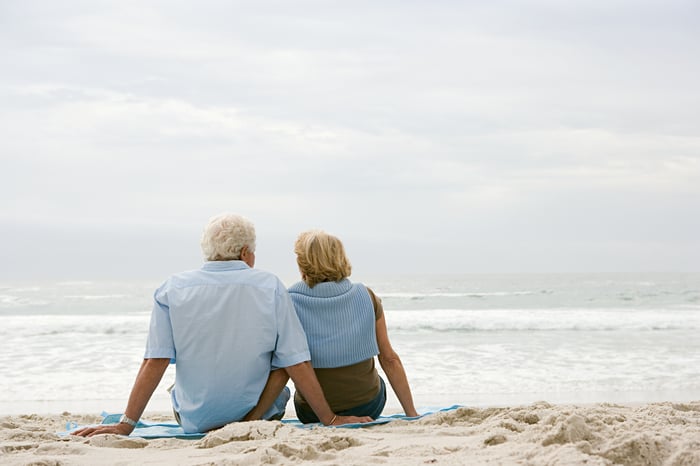 The Alzheimer's Association estimates that in addition to that unpaid economic value, Americans will spend $236 billion this year on healthcare, long-term care, and hospice for individuals with Alzheimer's disease and other dementias.

What's incredibly frustrating, however, is that despite all of this care and spending, there are still no treatments proven to curb this disease. Research into developing therapies to slow this disease has been a failure. The Alzheimer's Association finds that between 2002 and 2012, just one of 244 Alzheimer's disease drugs that were evaluated in clinical trials went on to win FDA approval.

Sadly, during roughly that same period, the number of deaths attributed to Alzheimer's disease increased by 71%.

Is hope on the horizon?

Despite drug developers' disappointing track record, they haven't given up, and Biogen in particular may be making progress.

This week, Biogen updated results from a phase 1b study of aducanumab, and generally, the results are encouraging.

Specifically, interim trial data was presented from a study of 197 patients with prodromal or mild Alzheimer's disease. The trial includes multiple cohorts at fixed doses of 1, 6, and 10 mg/kg, a titration arm of the study up to 10 mg/kg, and a placebo group.

At the 54-yweek mark, there was a statistically significant reduction of amyloid plaque compared to placebo in all of the fixed-dose arms of the study. The p-values, which provide insight into the robustness of the findings, were all below 0.05 and they improved as the dose increased to p<0.001 in the 10 mg/kg cohort. The titration arm also had a p<0.001.

Furthermore, exploratory endpoints for efficacy showed a slowing in disease progression as measured by both the Clinical Dementia Rating sum of boxes (CDR-SB) and the Mini-Mental State Examination (MMSE).

CDR-SB in patients receiving placebo worsened by an average of 1.89 points at 54 weeks. For comparison, they worsened by less in each of the aducanumab arms:

Similarly, the MMSE showed that placebo group patients worsened by an average of 2.45 points at 52 weeks, while the average worsening in MMSE in the treatment arms was:

Biogen also disclosed promising data from its long-term extension study, in which patients previously given placebo were allowed to cross-over and receive aducanumab.

Long-term extension study patients were switched from placebo to aducanumab 3 mg/kg or to a 3  to 6 mg/kg titration regimen. Patients who had been receiving aducanumab and entered into the long-term study remained on the same dose they had been taking.

So far, analysis of the first 12 months of the long-term study suggest that patients treated with aducanumab for up to 24 months continued to see a reduction of amyloid plaque and an improved rate of clinical decline based on CDR-SB and MMSE.

The most common adverse event experienced by patients receiving aducanumab has been amyloid-related imaging abnormalities, or ARIA; particularly in patient who are ApoE4 carriers.

Because of the increased risk of ARIA in ApoE4 patients, especially ARIA-edema (ARIA-E), which is thought to be reflective of brain swelling, Biogen enrolled ApoE4 patients into a titration arm of aducanumab up to 10 mg/kg to see if it decreased the likelihood of ARIA.

In fixed dose arms, the incidence rate of ARIA-E in ApoE4 patients was 43% in the 6 mg/kg arm and 55% in the 10 mg/kg arms. In titrated patients, those rates decreased to 35%. Furthermore, in the long-term study, there were no new cases of ARIA-E in patients who had previously been treated with aducanumab for up to 24 months. Patients who switched over from placebo to aducanumab in the long-term study experienced ARIA-E at rates that were consistent with what's been witnessed in the past.

The findings are intriguing, and they may suggest that aducanumab will succeed where others have failed. However, it's important to remember that early stage findings in trials of other drugs have offered hope only to fall short in larger, late-stage studies. Given that Americans are being diagnosed with Alzheimer's disease at a rate of once every 66 seconds, let's collectively hope that won't be the case this time around.

The Motley Fool owns shares of and recommends Biogen. Try any of our Foolish newsletter services free for 30 days. We Fools may not all hold the same opinions, but we all believe that considering a diverse range of insights makes us better investors. The Motley Fool has a disclosure policy.