Please ensure Javascript is enabled for purposes of website accessibility
Log In Help Join The Motley Fool
Free Article Join Over 1 Million Premium Members And Get More In-Depth Stock Guidance and Research
By Rick Munarriz - Mar 20, 2017 at 9:22AM

The fast-growing "cheap chic" retailer gears up for an important report.

One of the last retailers to chime in on the seasonally potent holiday-containing quarter steps up this week. Trendy discounter Five Below (FIVE -3.12%) reports its fiscal fourth-quarter results on Wednesday, shortly after the market close.

Analysts are holding out for another period of healthy growth. They're targeting a profit of $0.89 a share, up from the $0.77 it served up during the prior year's holiday quarter. Wall Street pros also see $387.7 million in net sales for the quarter, 18.9% more than it rang up a year earlier. 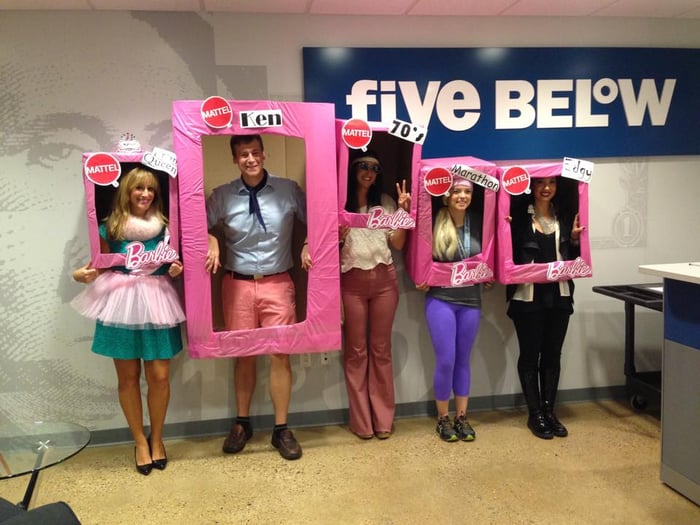 Five Below has carved out a unique niche among deep discounters. It offers products priced as low as $1 and as high as $5, hence the Five Below moniker. This sweet spot allows it to stock better merchandise than dollar stores, at price points that prove magnetic to deal-seeking teens.

Adding new stores has been the primary source of Five Below's growth. Back in January, when it updated investors on its holiday performance, it had announced that net sales from the end of October through Jan. 7 were up 18%, but comps rose just 0.5%. That's not scintillating store-level results, but with so many mall chains sputtering these days, merely positive same-store sales are worth celebrating.

Analysts have been kind to Five Below in recent months, even though the stock has been trading closer to its 52-week lows than to its highs. Even after the early January update, when it essentially scaled back its fourth-quarter guidance, Wall Street pros see merit in the model.

Citi analysts Alvin Concepcion and Julian Groover initiated coverage of the retailer late last year with a "buy" rating and a $50 price target. They stuck to their bullish opinion and price goal after meeting with the company following the holiday sales report. Citi thinks the long-term growth prospects remain intact for Five Below despite a ho-hum holiday season.

Scot Ciccarelli at RBC Capital also reiterated his bullishness after the tweaked guidance. Ciccarelli thinks the stock should be bought on weakness, given its attractive unit economics, but he did lower his price target from $54 to $50.

Five Below still thinks it can continue to meet its annual goal of 20% top- and bottom-line growth through at least 2020. The stock is selling well below last summer's highs and its all-time peak in late 2013, even though it's a much larger company today. Investors already know how the meaty part of the fiscal fourth quarter played out, so the real drive on Wednesday afternoon will be its early read on fiscal 2017, if it's been able to keep growing comps, and how expansion will shape up in the year ahead. That's a lot of weight on the shoulders of a young retailer.