Baird suggests that the leading premium streaming service may have struggled with stateside results in its latest quarter, but it has aimed too low on that front before.

We're now two weeks away from when Netflix ( NFLX 0.40% ) reports financial results for this year's first quarter, and at least one Wall Street pro has his doubts about the dot-com darling coming through with its third consecutive blowout quarter. William Power at Baird struck a cautious tone on Monday, as his firm's quarterly survey suggests that stateside results may not be up to snuff for the quarter that ended last week.

Baird's survey shows that the lack of a big new universal hit during the first three months of this year could've weighed on what is already a heavily penetrated market for Netflix. Power concedes that Netflix has rightfully evolved into a story of international growth. More than 75% of Netflix's net subscriber additions last year -- 14.35 million of the 19.04 million streaming account net additions -- hailed from outside of the U.S. market. Netflix's own guidance calls for 3.7 million of the first quarter's projected 5.2 million net additions to be international accounts, or 71% of the net adds.

The firm's survey pulse is limited to Netflix's domestic business, but it would naturally be a big deal if there's a stateside slump. Netflix's U.S. market still accounts for the lion's share of its revenue and more than all of its contribution profit. One may also start to rightfully wonder if the lack of a universal new hit could also weigh on its global magnetism. 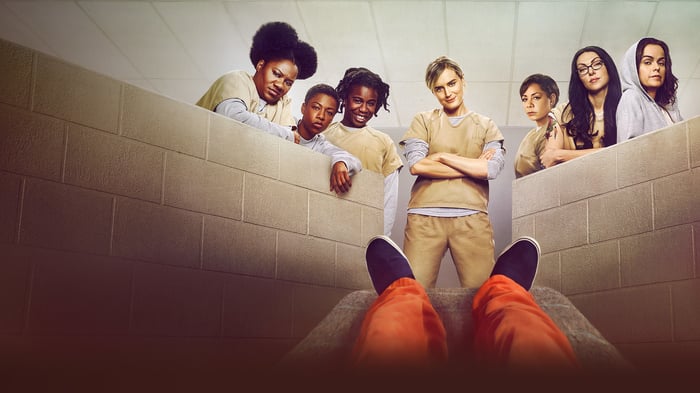 Power at Baird isn't necessarily bearish on Netflix stock. He has a neutral rating on the shares, though his price target of $138 is well south of the all-time high of $148.29 that the stock hit late last week. Netflix stock is trading 11% higher since posting its fourth-quarter results three months ago and 48% since serving up its head-turning third-quarter financials six months ago.

There's a lot of helium in the shares, and falling short or possibly even merely meeting expectations may not be enough to justify the stock's recent gains. Netflix has raised the bar high for this month's report, targeting 99 million streaming users worldwide by the end of March. Netflix is also expecting to finally post a contribution profit for its international operations. The media speedster's outlook calls for streaming revenue to soar 39%, and its net income popping nearly sixfold on dramatically widening margins.

Netflix's lofty goals would be a concern if it wasn't historically conservative in its prognostications. Outside of a rare miss during last year's second quarter -- in a unique period when longtime users that were grandfathered into older rates were told that they would be paying the higher current rates later in the year -- it's been those betting against Netflix who have been burned. It's perfectly natural to be fearful when a stock hits new highs as Netflix did on Thursday, but Netflix is a stock that has a proven track record of mowing down the worrywarts over the past four years. If Netflix bulls need one more nugget of encouragement in light of Power's cautious tone, keep in mind that Barid's quarterly survey for the fourth quarter projected just 1.45 million net domestic subscriber additions, and it wound up closing the period with 1.93 million more than it had when the quarter began.