Endo International has been asked by the FDA to stop selling Opana ER, clearing the way for greater use of Collegium's competing medicine.

The opioid epidemic is front-and-center on the minds of legislators, and on Thursday FDA chief Scott Gottlieb requested Endo International yank its Opana ER from the market to help crimp the risk of opioid abuse. 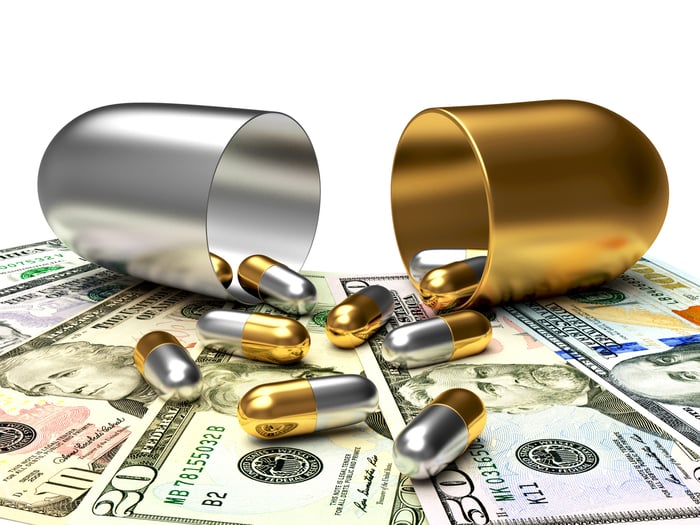 Xtampza ER is a long-acting drug that combines oxycodone with fatty acid and wax to create tiny beads (a median 300 microns in size) that are hard to physically and chemically manipulate for non-prescription use. Like Opana ER, Xtampza ER is designed and approved for use in patients who require around-the-clock pain control.

The availability of alternative long-lasting opioids, including Xtampza ER, that are arguably less likely to be abused may have factored into the FDA's decision.

It's not clear when Opana ER may become unavailable, or how much of its sales were due to its risk of abuse, but if Xtampza ER wins away the lion's share of Opana ER's market share, it could provide a big boost to Collegium Pharmaceutical's sales. Despite an overall decline in the prescribing of opioids, Opana ER still generated $159 million in sales in 2016 and $36 million in sales in the first quarter of 2017.

For perspective, Xtampza ER's sales are a fraction of Opana ER's. Collegium Pharmaceutical launched Xtampza ER last summer after it won FDA approval in April 2016, and in Q1, its sales were only $2.2 million. However, sales are growing more rapidly as more insurers agree to pay for it. Xtampza ER's Q1 sales were 67% higher than they were in Q4, and 3,000 doctors wrote a prescription for Xtampza ER last quarter, including 1,400 who were new prescribers. Assuming Opana ER exits the market as requested, those numbers are likely to climb substantially.