Aerie Pharmaceuticals' (NASDAQ:AERI) Rhopressa has secured Food and Drug Administration approval for use as an alternative to beta blockers in glaucoma patients that fail to respond adequately to prostaglandin analogues (PGA). A significant number of glaucoma patients fall into this addressable patient pool and that has management hoping Rhopressa's once-daily dosing advantage can turn it into a top seller.

If glaucoma is left untreated, it can cause blindness, and that's a big problem. While many patients receive glaucoma treatment, it's estimated that up to half of the 3 million Americans with glaucoma don't know they have it. There are 60 million cases of glaucoma worldwide, and according to the World Health Organization, glaucoma is the second leading reason why people lose their sight. 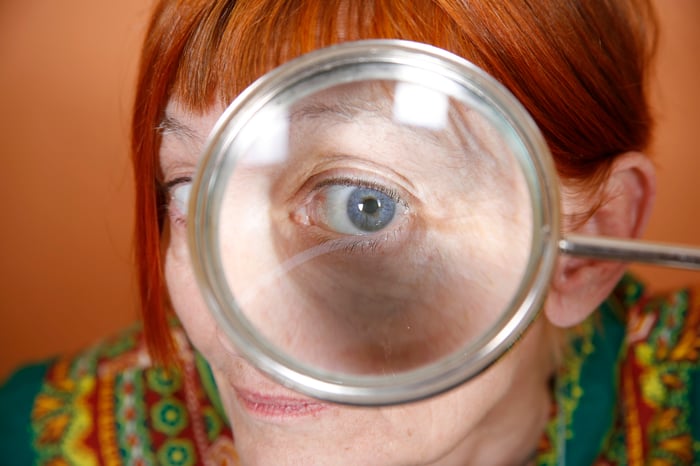 The market for treatments that address glaucoma by lowering intraocular eye pressure (IOP) is worth $2.8 billion in the U.S. and $6 billion globally. Those figures are likely to climb, though. Glaucoma is commonly diagnosed in older patients and populations are generally living longer, particularly in developed countries where most patients receive treatment.

Currently, PGAs are used in glaucoma patients, but patients who fail to respond adequately to them are also often given beta blockers alongside them. Beta blockers represent 13% of glaucoma prescription market share. They're effective, but they're dosed twice-daily and they can pose some heart and lung health risks.

Those disadvantages may give Rhopressa an edge because it's dosed once-daily and it may offer a better safety profile. In phase 3 trials, Rhopressa was as effective as the commonly used beta blocker Timolol in patients with IOP ranging between 20 and 25 mmHg.

The FDA's decision had been planned for late February, and since this is Aerie Pharmaceuticals' first commercial drug, it doesn't yet have the sales team in place to begin selling Rhopressa immediately. Following Rhopressa's successful FDA advisory committee meeting this fall, management pulled forward some of its launch plans, but it will still take some time before a sales team is hired, trained, and visiting practices. As a result, management is targeting commercialization by the middle of Q2 2018.

Before we begin guessing at Rhopressa's peak sales potential, we'll need to wait and see how reimbursement goes and real-world use plays out.

About 50% of glaucoma patients are insured by Medicare Part D, and widespread coverage under Part D isn't likely until 2019. Conversations with commercial insurers are underway, but there's no telling where Rhopressa will end up on their drug formularies or how much Aerie Pharmaceuticals will need to discount Rhopressa's price to get preferential placement. There was also debate surrounding Rhopressa's efficacy relative to Timolol in patients with high IOPs, so we'll need to see whether doctors limit its use to mild-to-moderate patients or not as well.

Overall, the accelerated approval means the company should be able to start reporting meaningful revenue by the end of 2018, but it may not be the most important event for the company next year. It plans to file for FDA approval of Roclatan, a combination of the PGA latanaprost and Rhopressa, in Q2 2018. Roclatan is being developed as a first-line glaucoma therapy, not as an adjunct therapy like Rhopressa, so it offers the biggest future market opportunity for the company.