After management reported that the last patient visit has occurred in its long-term cardiovascular outcomes study of Vascepa, shares in Amarin Corporation Plc (NASDAQ:AMRN) jumped by 10.2% on Thursday.

A purified fish-oil pill that's FDA-approved for use to lower triglycerides in patients with very high triglyceride levels, Vascepa won FDA approval all the way back in 2012. 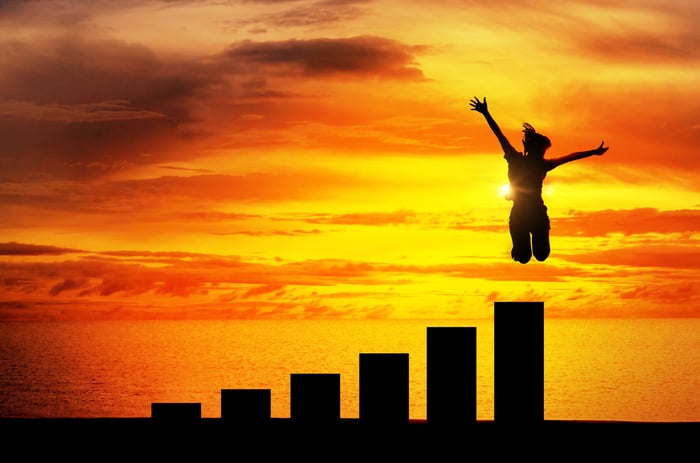 There are roughly 3.8 million Americans with triglyceride levels of 500 to 2,000 mg/dl, yet sales of Vascepa have fallen shy of billion-dollar blockbuster projections because doctors and insurers have been awaiting results from its REDUCE-IT cardiovascular outcomes study.

According to management, that wait is coming to an end. The final patient visit in the study, which began more than six years ago, has occurred -- and that means the process of cleaning the data is beginning. The company remains blinded to the data until it is unlocked, but management believes it will be able to report the findings by the end of the third quarter of 2018.

This is a market-moving event for the company. Currently, Vascepa's sales have been growing, but revenue remains far shy of blockbuster status. In 2017, Amarin's revenue was $181 million. A positive study could quickly accelerate sales, putting Amarin in a much better position to turn a profit. Last year, its net loss was $68 million, and exiting March it had only $129 million in cash on its balance sheet.

It's anyone's guess if Vascepa will deliver the goods. The stakes are high. A win will be a boon for investors, but a disappointment could significantly derail the company. Given the make-it-or-break-it nature of these study results, only the most aggressive and risk-tolerant investors should probably be considering adding Amarin to their portfolio.