The company updated investors on its financial performance, and on its progress developing RNAi therapies.

After Arrowhead Pharmaceuticals ( ARWR -2.47% ) reported on its fiscal 2018 financial results on Wednesday, and gave new details on the trials it has underway for its RNAi platform, shares of the clinical-stage biotech rallied by 11%.

The company continues to make progress following its disappointing decision to abandon its previous RNA interference therapy platform in 2016. 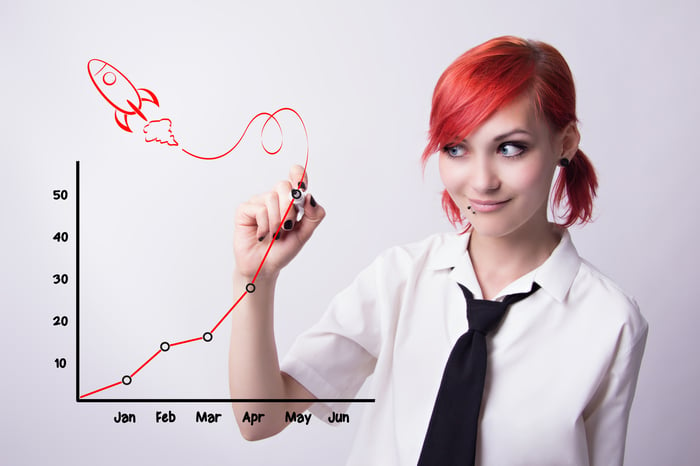 Needless to say, it wasn't the financial performance that made investors optimistic. Instead, the markets were applauding the fact that the company started three phase 1/2 trials during the year:

Arrowhead also disclosed that it had filed for FDA approval to begin testing ARO-ANG3, an RNAi therapy for use in dyslipidemias and metabolic diseases.

Furthermore, management reminded investors of its recent collaboration agreement with Johnson & Johnson ( JNJ 2.23% ). J&J paid $175 million up front for rights to ARO-HBV and three yet-to-be-named RNAi therapies, and its venture capital arm acquired $75 million in Arrowhead stock at $23 per share in October.

RNA interference therapies are intriguing because they could improve patient outcomes by limiting the production of proteins associated with various genetic diseases. However, their development has proven complex, and the effort has suffered its fair share of setbacks over the past decade, including Arrowhead's own decision to reboot its platform following reports of liver toxicity risks associated with its previous treatment delivery vehicle, EX1.

The challenges make Arrowhead a risky stock, but growth investors who can tolerate the potential for significant losses may want to keep a close eye on it, because the data so far for ARO-HBV is intriguing. In September, the company said it had seen a 99% average reduction in patients of a key biomarker signaling active disease on day 85, and that ARO-HBV was tolerated well by patients.