What Are Profitability Ratios?

Profitability ratios measure how successful a company is at making money for its investors.

This article will review the most common profitability ratios for investors and why they matter. 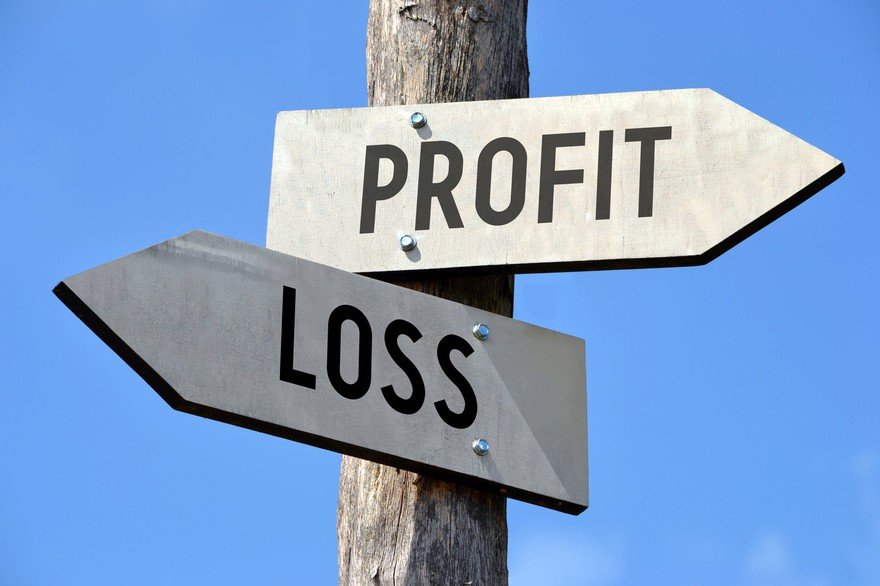 There are two main types of profitability ratios: margin ratios and return ratios.

A margin ratio will tell you how well a company converts its revenue into profits. These ratios can tell investors the marginal cost of serving customers and shed light on the fixed costs associated with running the business. Improving margin ratios indicate the company is effectively leveraging its expenses to produce more profits for shareholders.

Return ratios will tell you how well the company uses the assets on its balance sheet to produce a profit. If a company requires a lot of assets to generate a dollar of income, that means it needs to invest heavily to increase its bottom line.

Profitability ratios are most useful when used to compare companies in the same industry. If one company consistently has higher profitability ratios than competitors in the same industry, it's an indication of a competitive advantage. Investors should seek out businesses with competitive advantages that are trading at a fair price.

Investors should be aware of industry seasonality when assessing a company's historic profitability ratios. The retail and advertising industries generally have strong fourth quarters, but first-quarter results are much more muted. As such, it wouldn't be appropriate to compare profitability ratios in the first quarter to the previous year's fourth quarter for companies in those types of industries. In general, historical comparisons should be done with the same period from prior years.

Gross margin compares gross profits to revenue. The core factor in determining gross margin is cost of goods sold. It only factors in costs directly related to the products sold and no other expenses in the business. If a company has a high gross margin relative to its peers, it's an indication that it's able to charge a premium for its products. Declining gross margins across the industry could indicate increased competition.

Operating margin compares operating profit to revenue. On top of cost of goods sold, operating profit also factors in standard operating expenses such as marketing, sales, general, and administrative expenses. It doesn't include things like interest on debt or income taxes.

Net profit margin takes a company's bottom-line profits divided by revenue. It takes everything into account, including taxes and interest. If a company has a big debt load or high interest rates on its debt, it will show up in its net profit margin. If it can minimize taxes, that'll show up, too. However, investors should be aware of any one-time expenses or gains that might create anomalies in the net profit margin.

Return ratios measure how well a company uses its balance sheet -- one of the three main financial statements -- to generate profits. There are two return ratios for investors to pay attention to: return on assets and return on equity.

Let's take a look at how to interpret profitability ratios in various scenarios.

A company has historically had a very strong gross margin. It consistently produces a gross margin in the 60% range. However, its operating margin is very low -- just 2%. That's actually a significant improvement over the past few years when it was producing negative operating profits. This is typical of many growth stocks. Showing a positive operating profit margin for the first time can be a catalyst for a stock. It shows the company can scale the business and leverage operating expenses to become profitable in the long run.

Another situation is comparing two companies in the same industry. One has a gross margin of 40%, and the other has a gross margin of just 15%. The first company is able to charge a premium for its products and services, indicating a strong competitive advantage in the industry. However, the second company may be keeping its pricing low to increase its scale. Investors should also look at the company's respective operating margins to check.

Investors will want to see an increasing return on assets for most companies, but a decline in the profit ratio may be acceptable if it results in overall revenue and profit growth. Most importantly, investors want to see return on assets outpace the interest rate on company debt. If it doesn't, the company would be better off paying down its debt than investing in the business, which is a troubling sign.

Return on equity is a good indication of a company's growth potential. Since it indicates how well a company can use the funds it raised to increase profits, it also indicates the upper limit on earnings-per-share growth. If a company wants to keep growing, it needs to raise more cash to invest, but it would either have to issue additional shares to investors or raise debt (which comes at a cost). As such, return on equity is seen as something of an upper bound on potential earnings growth rates.

What Is Earnings Season?

Earnings season is generally when most volatility happens at the individual stock level.

What Is a Supercycle?

The economy tends to be highly cyclical, but a supercycle means all growth and expansion.

Calculate your monthly inflow before taxes using this metric.

Learning about profitability ratios is essential for an investor to evaluate a business and its stock. They can help you compare companies in the same industry and better understand how each competitor uses its advantages to improve profitability. You can also see if management is executing on creating a more efficient and more profitable business for investors, leading to long-term profit improvements for investors.

Ultimately, profit ratios can tell you a lot about how well management is running a business and if it's a good stock to invest in. However, investors don't want to buy a good company at any price. You'll also want to learn how to determine if a stock is trading at a fair price before you start investing your money in it.