One of the primary goals of any investor who buys stocks should be to beat the broader market's performance. But that's easier said than done considering the S&P 500's historical annual return of nearly 10%.

But Stock Advisor and Rule Breakers have accomplished this feat using two distinct investing methodologies. So what makes them different, and which stock newsletter is the best fit for you? 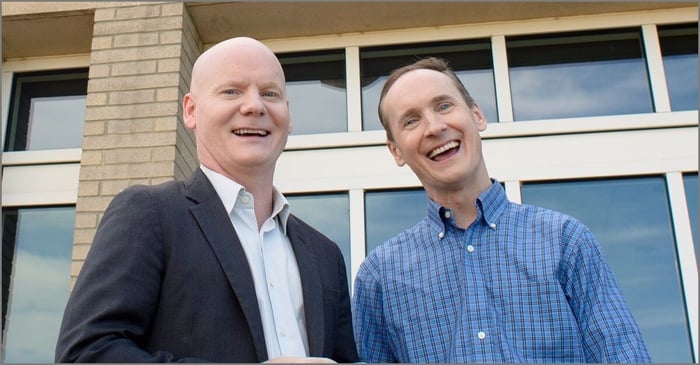 Motley Fool co-founders Tom and David Gardner are the co-advisors of Motley Fool Stock Advisor, and each has a talented team of analysts who help them pick stocks for the service. Every month, Team David and Team Tom each recommend a new stock for subscribers to buy.

In addition, once per month each team produces a list of the five stocks they believe are best deserving of new money today -- and christen these explosive opportunities their "Best Buys Now."

The Stock Advisor team also maintains a list of "Starter Stocks," or essential companies that they believe should form the foundation of any portfolio.

But what it all really comes down to is performance.

And any way you slice it, Stock Advisor's incredible system for identifying winners has churned out an astounding number of winning stocks over the last decade-plus -- all thanks to an underlying system of seeking out stocks they believe are poised to win long term.

Team Tom and Team David also employ their own separate methods to fine-tune this approach.

Team David, for example, looks for companies that are not only poised to benefit from "undeniable, long-term trends" but also have a certain level of "unquantifiable greatness" -- that is, some sort of secret sauce that gives them an edge and often consequentially wins the love of consumers. David also wants to be able to get in early on these great businesses and has no problem adding to his positions as they keep winning over the long term.

And considering that Stock Advisor is more than tripling the S&P 500's return -- it's clear that the system is working.

In addition to his duties at Stock Advisor, David Gardner simultaneously leads another team of analysts in Motley Fool Rule Breakers, a newsletter designed specifically to target disruptive growth opportunities.

To consistently accomplish that goal, the Rule Breakers team looks for the following six attributes in a business:

Similar to Stock Advisor, the Rule Breakers team offers two new stock recommendations each month and its own monthly growth-centric Best Buys Now list of the top five timely investing opportunities taken from its pool of open recommendations. Rule Breakers also similarly maintains its own list of Starter Stocks to help members form the foundations of their growth-stock portfolios.

And, with Rule Breakers more than doubling the S&P 500's return, the team's clearly on to something!

The key investing advantage both services seek to exploit

Both Stock Advisor and Rule Breakers seek out this approach -- by recommending stocks that are often overlooked by Wall Street.

And while Rule Breakers is more explicitly growth-oriented, the fact of the matter is that both services have historically focused on stocks the teams believe are primed to deliver incredible returns.

Whether you favor Motley Fool Stock Advisor's two-team approach or share Motley Fool Rule Breakers' hunger for growth, both services offer a compelling way for any investor to potentially beat the market over the long term.

Now, we're confident you'll agree that, given all their benefits (and their incredible performance!) Stock Advisor ($199 per year) and Rule Breakers ($299 per year) are a steal.

But here's the best part: You can sign up for either (or both) at a special introductory rate of $99 for a year right now.