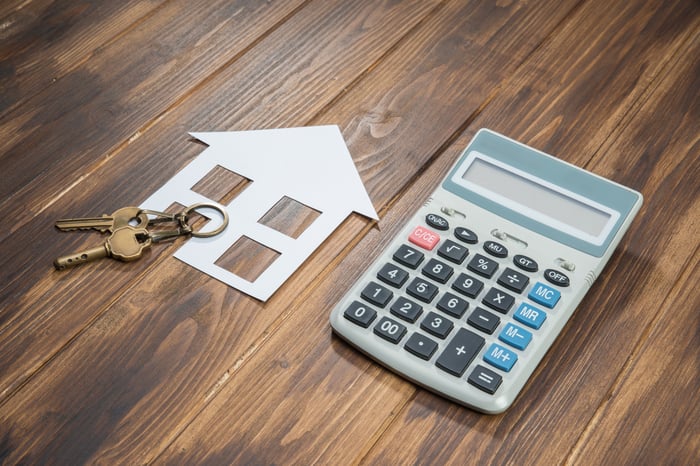 The main mortgage rates were essentially unchanged on Wednesday. The average 30-year mortgage rate is 3.99%, which equates to a $476.84 monthly payment per $100,000 borrowed, or $28.35 higher than the equivalent payment would have been a month ago.

Mortgage rates point up, but homebuyers are undeterred

Expanding our timeframe somewhat, the Mortgage Bankers' Association Weekly Mortgage Application Survey for the week ending Dec. 2 showed that the effective average rate on a 30-year fixed-rate conforming loan increased over the previous week (conforming loans have balances of $417,000 or less). The average contract rate, before points and origination fees, rose to 4.27%, their highest level in more than two years, from 4.23%.

The average contract rate on a 15-year fixed-rate mortgage also rose to its highest level in more than two years, to 3.53% from 3.48%. The equivalent effective rate increased over the previous week.

As one might expect, given the increase in rates, the Market Composite Index, which tracks mortgage loan application volume, fell 0.7 percent on a seasonally adjusted basis. However, the decrease was due to a 1% drop in the Refinance Index decreased 1% from the previous week. Homebuyers, on the other hand were undeterred, with the Purchase Index increasing 0.4%; they may be acting on the belief that the interest rate cycle has turned, and that rates will only continue to increase from here. With the notion of "Trumpflation" taking hold, who can blame them?

In what is arguably a sign of investor confidence in the housing market, Blackstone Group LP has filed confidentially for an initial public offering (IPO) for a unit that maintains and rents 50,000 homes. The alternative investments behemoth spent roughly $10 billion in the wake of the housing crisis buying homes across the country at below replacement cost, per The Wall Street Journal.