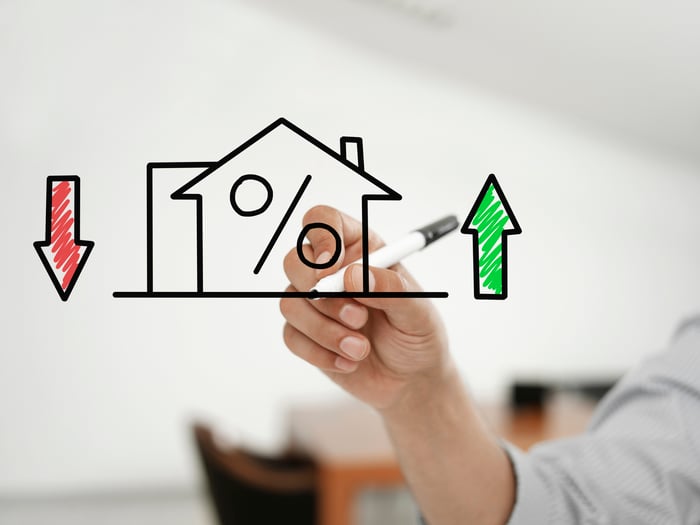 The main fixed-rate mortgage rates are lower on Thursday from the previous day. The average 30-year mortgage rate is down two basis points, at 4.16%, which equates to a $486.69 monthly payment per $100,000 borrowed (one basis point equals one hundredth of a percentage point). A month ago, the equivalent payment would have been lower by $10.43.

Mortgage agency Freddie Mac today released the results of its weekly Primary Mortgage Market Survey for the week ending Dec. 29. Both the 30- and 15-year rates recorded their ninth consecutive weekly increase to close out the year:

As the following graph shows, following their post-election spike, both rates are now at their highest levels since early 2014: 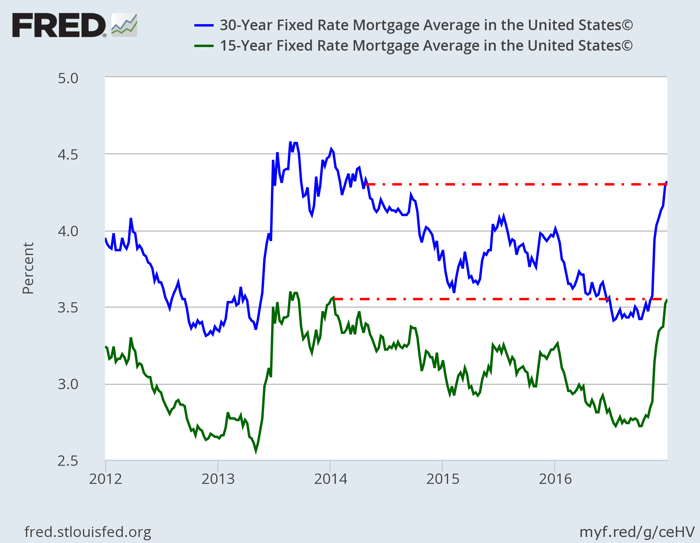 While some potential homebuyers may be discouraged by the recent run-up in rates, it's worth keeping rates' current levels in historical perspective: In its report, Freddie Mac points out that the annual average for the 30-year fixed-rate mortgage in 2016 was 3.65% in 2016, the lowest annual average ever recorded in their survey, which goes back to 1971.