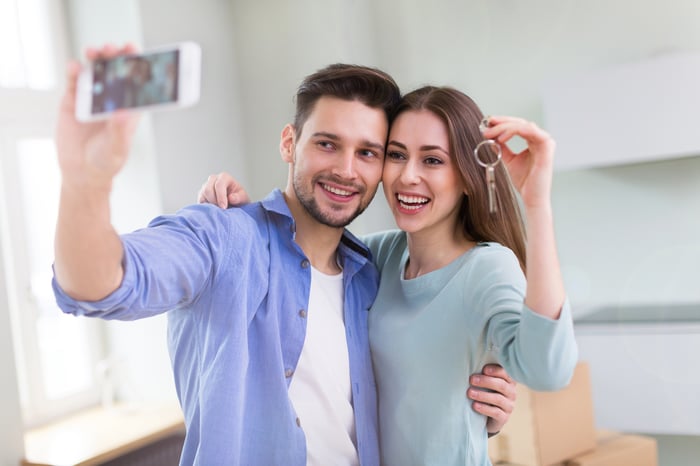 In December, I wondered in this daily column whether the spike in interest and mortgage rates that occurred in the wake of Donald Trump's election would take its toll on homebuying activity. The preliminary answer to that question appears to be no, if the National Association of Realtors' (NAR) Pending Home Sales Index is to be believed.

The NAR announced on Monday that the index, a forward-looking indicator based on contract signings, rose by 1.6% to 109.0 in December from 107.3 in November. That monthly pushed the index into the black (by just 0.3%) relative to the previous December's reading.

But rather than the cost of borrowing money, the critical variable here appears to be the supply of homes rather, NAR chief economist Lawrence Yun explained (with my emphasis):

Pending sales rebounded last month as enough buyers fended off rising mortgage rates and alarmingly low inventory levels to sign a contract. The main storyline in the early months of 2017 will be if supply can meaningfully increase to keep price growth at a moderate enough level for households to absorb higher borrowing costs. Sales will struggle to build on last year's strong pace if inventory conditions don't improve.

As the following graph illustrates, housing inventory has fallen nearly 23% from last year's peak value of 2.14 million units, which occurred in May (note that the data is not seasonally adjusted, however): 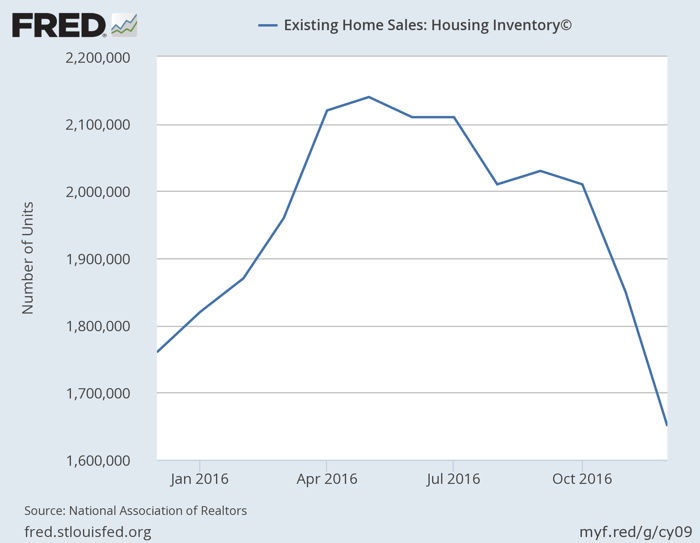 Another nail in the coffin of the housing crisis, during which housing supply far exceeded demand.