Both Kellogg and Hormel announced fake meat products on Wednesday. It was Kroger's (NYSE:KR) turn on Thursday.

The supermarket chain plans to roll out a new collection of plant-based products under its private-label Simple Truth brand, offering yet another plant-based option for consumers. Beyond Meat (NASDAQ:BYND), an imitation meat pioneer, will now have to fend off competing products from one of its customers. 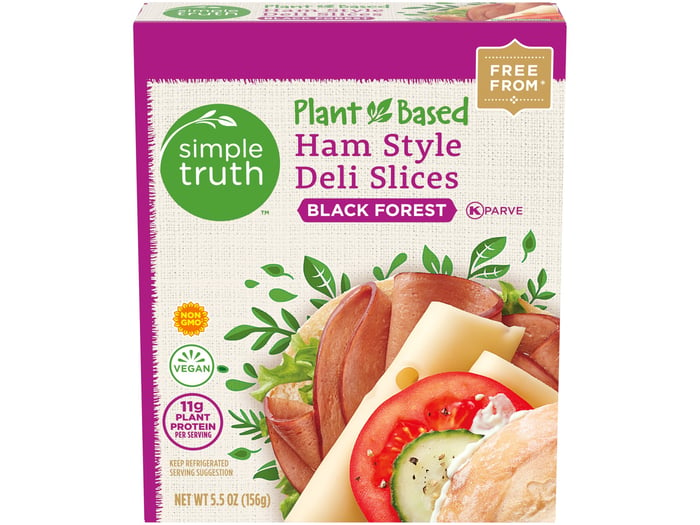 Beyond Meat's growth has been impressive, but it was only a matter of time before major food companies launched plant-based products of their own. Kroger's new lineup has more breadth than Beyond Meat's product line, although it remains to be seen whether consumers will prefer Kroger's take on plant-based food.

As competitors pile into the fake meat and plant-based food market, the exuberance surrounding Beyond Meat stock is looking more irrational with each passing day. The $10 billion company expects to produce revenue of at least $240 million this year, giving it a price-to-sales ratio higher than many fast-growing software companies.