E-cigarette leader Juul Labs announced on Wednesday that Kevin Burns is stepping down from his role as chief executive officer. Burns will be replaced by K.C. Crosthwaite, who previously served as chief growth officer at tobacco titan Altria Group (NYSE:MO).

Altria paid $12.8 billion for a 35% stake in Juul in December. Yet since that time, Juul has found itself besieged by a maelstrom of regulatory pressure, criminal probes, retailer abandonment, and negative media attention following a surge in teen e-cigarette usage and vaping-related illnesses. 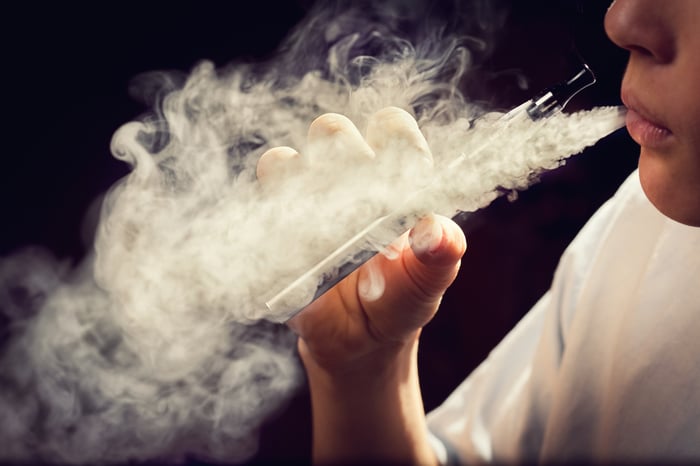 Now it appears that Altria is hoping Crosthwaite can help right the ship at Juul. The vaping company said that it would suspend "all broadcast, print and digital product advertising in the U.S." Juul will also refrain from lobbying the Trump Administration as it drafts its e-cigarette policy.

"I have long believed in a future where adult smokers overwhelmingly choose alternative products like Juul," Crosthwaite said in a press release. "That has been this company's mission since it was founded, and it has taken great strides in that direction. Unfortunately, today that future is at risk due to unacceptable levels of youth usage and eroding public confidence in our industry."

Beyond placing Juul's own future at risk, the uproar surrounding the company's role in contributing to the teen vaping epidemic is also weighing heavily on Altria. The U.S. tobacco giant was in merger talks with international tobacco titan Philip Morris (NYSE:PM). Yet Altria and Philip Morris announced today that they had ended their merger discussions. "While we believed the creation of a new merged company had the potential to create incremental revenue and cost synergies, we could not reach agreement," Altria Chairman and CEO Howard Willard said in a press release.

With Altria's deal with Philip Morris now off and its nearly $13 billion investment in Juul potentially going up in smoke, Altria's stock is likely to remain under pressure in the days and months ahead.