An array of global forces are aligning against it.

The electronic cigarette industry is on the brink of a catastrophe, as a cascade of calamities is hitting manufacturers all at the same time.

In just the span of a few days, the following has occurred:

Electronic cigarettes once held the promise of weaning smokers away from the deadly effects of traditional cigarettes. But they now stand accused of being almost as harmful and addictive as what they are meant to replace. The global e-cig industry seems poised on the edge of collapse. 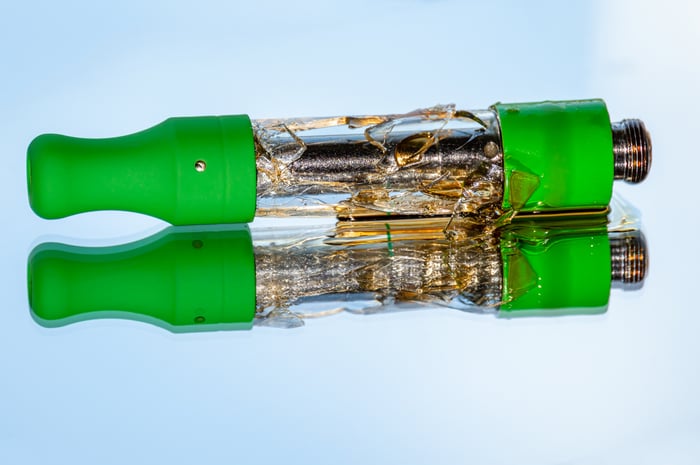 It's a strange fate for a device that was once hailed as potentially ending the scourge of cigarette smoking. Numerous studies found that e-cigs were substantially less harmful than traditional cigarettes because much of the toxic chemicals that caused illness were present in the smoke created by burning tobacco. Because e-cigs heat a nicotine-infused liquid (and more recently tobacco itself) to the point of creating a vapor, some government agencies like Public Health England concluded that e-cigs were around 95% less harmful than smoking.

Since their introduction in 2003, e-cigs have grown into an $11 billion global market, with most of that growth occurring in just the past few years. Sales were expected to hit over $18 billion by 2024. All of that is now in danger.

Doing itself no favors

The incidence of teenage use of e-cigs, especially Juul devices, created an "epidemic" in the opinion of FDA regulators, who began cracking down on manufacturers. Altria's ( MO 0.27% ) near $13 billion investment in Juul for a 35% stake in the company is now looking like a debacle that could even cause a possible merger with Philip Morris International ( PM 0.42% ) to fall apart.

Juul attempted to remake its image by launching anti-vaping campaigns aimed at teens, but critics accuse it of operating more like previous anti-smoking campaigns that were designed to attract more smokers than they repelled.

Former FDA commissioner Scott Gottlieb told The Wall Street Journal, "I think Juul put the entire category at risk by pursuing top-line growth and market share without a real eye toward what was going on and who was using them."

Now manufacturers are under intense scrutiny. And they face a deadline early next year to submit pre-marketing applications to the FDA that few but the largest will likely be able to achieve because of the expense and complexity of the process.

Yet even those like Juul -- which might be able to navigate the regulatory labyrinth -- are at risk of failing to gain approval, with Gottlieb saying he believes there is no path forward for the device.

It's not just the U.S., either. The ban just announced in India is predicated on language similar to the FDA's, calling teen use of e-cigs an "epidemic." Juul and Philip Morris had global ambitions and were targeting India with their competing Juul and IQOS devices (the latter being a heated tobacco version and the biggest seller outside the U.S.). But India's ban now jeopardizes their ability to grow worldwide.

Certainly much of the rest of Europe has been more accommodating -- even welcoming -- toward e-cigs. But as concern about underage access grows, e-cig makers may find more restrictions and bans imposed, at which point the entire market could implode.

You Can Count on This Stock's 8% Yield