Last December, Altria (MO -0.86%), America's biggest tobacco company, bought a 35% stake in Juul, the country's top e-cigarette company, for $12.8 billion. The deal was widely criticized because it valued Juul, which only generated about $1.5 billion in annual revenue, at $38 billion.

The outlook for Juul has dimmed considerably since Altria's investment. The FDA probed Juul's marketing strategies, the CDC recently reported that 27.5% of U.S. high school students had used an e-cigarette in the past month, and a series of vaping-related accidents and deaths sparked safety concerns. The Trump Administration also called on the FDA to ban all non-tobacco flavored e-cigarettes to curb teen vaping rates.

Simply put, Altria's investment in Juul was overvalued and terribly timed, and it clearly indicates that the tobacco giant is running out of ways to grow as its traditional cigarette shipments decline. That's the main reason Altria recently proposed to reunite with Philip Morris International (PM -1.98%), its former international unit which was spun off eleven years ago.

I recently argued that the merger -- which would require Altria and PMI investors to exchange their shares for shares of a new company -- would benefit the former but hurt the latter. I stand by that opinion, and I think Altria's Juul disaster presents PMI the perfect reason to walk away from the deal.

Altria believes that its stake in Juul complements its $1.8 billion stake in Canadian cannabinoid company Cronos, and that both investments could diversify its business away from traditional cigarettes. Altria wants to sell Juul overseas through PMI's international distribution channels. However, PMI CEO André Calantzopoulos recently blamed Juul for causing a teen vaping "epidemic" in the U.S., and stated that he wasn't interested in investing in cannabis.

Instead, PMI prefers to focus on the growth of iQOS, a device that heats (but doesn't burn) thinner tobacco "HeatSticks" for a less toxic smoking experience. The device also faces far less regulatory scrutiny than e-cigarettes. Last quarter, shipments of PMI's traditional cigarettes dipped 4% annually to 183.8 billion units, but shipments of its heated tobacco products surged 37% to 15.06 billion. 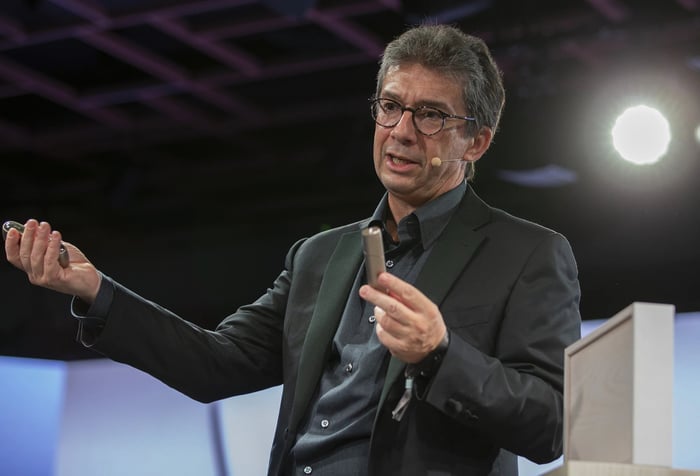 PMI also has higher gross margins than Altria, and its long-term debt is declining as Altria's is rising, mainly due to the latter's big investments in Juul and Cronos. In other words, Altria needs PMI far more than PMI needs Altria.

PMI's stock would rally if it walked away

When PMI and Altria disclosed that they were in merger talks, PMI's stock plunged. Investors clearly didn't think that it would be wise for PMI, which was originally split from Altria to tap into higher-growth overseas markets, to reunite with its struggling domestic counterpart.

Altria already sells iQOS in the U.S., and the two companies already pool their resources for the development of new alternative smoking products. Therefore there's no need for PMI to merge with Altria, and the latter's misguided faith in Juul presents the perfect reason for PMI to walk away.