Dunkin Brands' (NASDAQ:DNKN) test of Beyond Meat's (NASDAQ:BYND) sausages is going well. So well, in fact, that the coffee-and-donuts chain is rolling out the popular plant-based food to more than 9,000 of its U.S. restaurants ahead of schedule.

Dunkin' began offering Beyond Meat's sausages at its Manhattan locations in July. The restaurant chain said that the Beyond Sausage Sandwich quickly became one of its top-selling sandwiches at those stores, prompting the company to accelerate its nationwide launch.

Dunkin' had originally intended to roll out the plant-based sandwiches early next year. Now the national launch will begin on Nov. 6.

"We are extremely proud of our partnership with Beyond Meat and thrilled to be the first U.S. quick-service restaurant to offer Beyond Breakfast Sausage nationwide," Dunkin' Brands CEO Dave Hoffmann said in a press release. 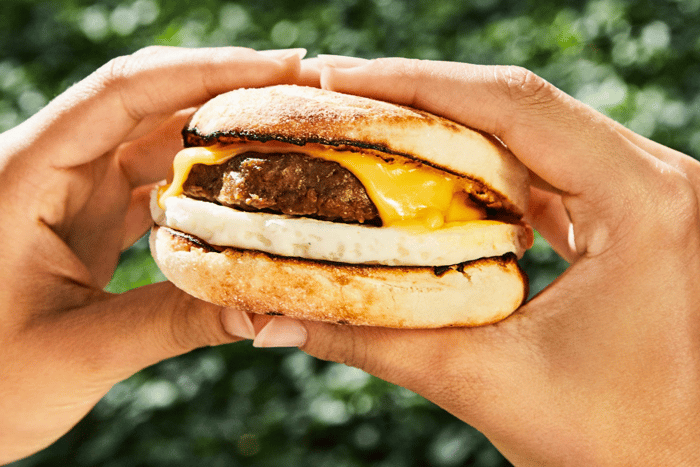 Beyond Meat's food has been well received by people seeking to limit or avoid animal-based protein, as well as those wishing to lower their fat and calorie intake. Dunkin' noted that the Beyond Breakfast Sausage patty contains 10 grams of plant-based protein, while the Beyond Sausage Sandwich has significantly less fat, cholesterol, and sodium and fewer overall calories than its traditional sausage, egg, and cheese breakfast sandwich.

"Dunkin' is the brand that democratizes trends for America, and this latest addition to our menu gives consumers more choice to meet their evolving needs," Hoffmann said. "As we continue to transform our brand, we're proud to use our platform to give everyone the opportunity to enjoy the great taste and benefits of plant-based protein."

To promote the launch, Dunkin' will offer free samples of the Beyond Sausage Sandwich on Friday, Nov. 8, and Saturday, Nov. 9, from 8 a.m. to 10 a.m. at participating Dunkin' U.S. restaurants.

"We are excited that everyone who runs on Dunkin' now has the option to make a delicious plant-based sausage sandwich part of their day," Beyond Meat Founder and CEO Ethan Brown said.

Yet despite Brown's excitement about the deal, investors appear less enthused about Beyond Meat's stock. Shares of the plant-based food purveyor are down more than 50% from the lofty highs they reached back in July.

Analysts are concerned that Beyond Meat will face intensifying competition from bigger rivals now that the concept of plant-based protein has caught on.

CFRA analyst Arun Sundaram recently placed a sell rating on Beyond Meat's stock. "We think larger packaged food companies will end up as the category leaders in the space given their vast global footprint and embedded relationships throughout the supply chain," Sundaram said.