In what has to be considered a big leap in celebrity involvement with the marijuana industry, Canadian music and TV star Drake is partnering with Canopy Growth (NASDAQ:CGC) to launch a new cannabis producer.

This business, called the More Life Growth Company, is headquartered in Toronto, which also happens to be Drake's hometown.

Affiliates connected with the musician/actor hold 60% of More Life, with Canopy Growth owning the remainder. In its press release touting the deal, Canopy Growth said that More Life, through its ownership of an unnamed "entity," owns a license from Health Canada to grow, process, and sell cannabis from a facility it owns in the Toronto suburb of Scarborough. 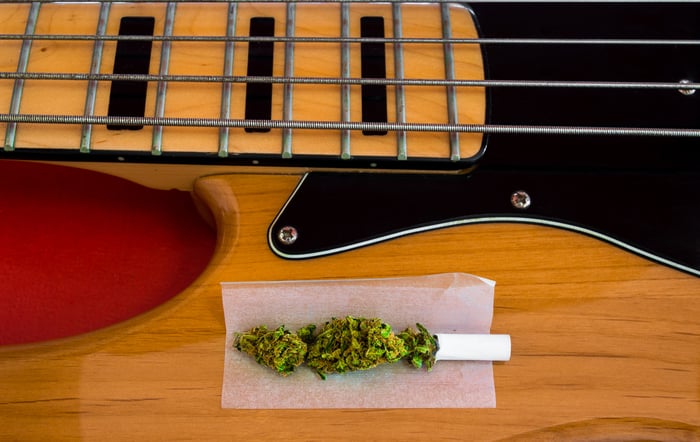 Canopy Growth said it is maintaining and managing the operations of this facility. It is retaining all rights to distribute the cannabis grown there.

More Life will continue to be strongly associated with Drake. Canopy Growth said that the entertainer has bestowed upon it "the right to exclusively exploit certain intellectual property and brands in association with the growth, manufacture, production, marketing and sale of cannabis and cannabis-related products, accessories, merchandise and paraphernalia in Canada and internationally." The company provided no other specifics.

These rights have been sublicensed to Canopy Growth in return for what are effectively royalty payments on More Life products sold in Canada. Additionally, Canopy Growth holds an option to expand this sublicense into international markets. Finally, the company may nominate two candidates to the board of directors of More Life and holds a "preemptive right" to maintain its 40% stake.

In its press release, Canopy Growth said that "Drake's perspective as a culture leader and entrepreneur combined with Canopy Growth's breadth of cannabis knowledge will allow our new company to bring an unmatched cannabis experience to global markets." Canopy Growth offered no estimates as to how More Life might affect its future revenue or profitability. The company said more details on its venture with Drake will be made public in the coming weeks.

Canopy Growth, considered a leading marijuana stock, reacted positively to its rather unexpected association with a celebrity. The shares rose by more than 12% on Friday, although they are still down by 20% year to date.