The cannabis company has already started making 11 types of drinks at a dedicated production facility.

Top marijuana stock Canopy Growth ( CGC 4.83% ) closed marginally higher on Monday, following the receipt of an important new license. The company announced that it has won an operating and secure storage permit from Health Canada, that country's cannabis industry regulator, for a beverage production and development facility.

This production line, which is already operational, is part of Canopy Growth's existing facility in its headquarters town of Smiths Falls, Ontario.

The company isn't wasting any time starting production of drinks infused with cannabis substances. In Monday's press release heralding the new license, Canopy Growth said the facility launched production the same day the permit was granted. The goods rolling off the line will be available across Canada "within weeks," the company said, with specific timing depending on each province. 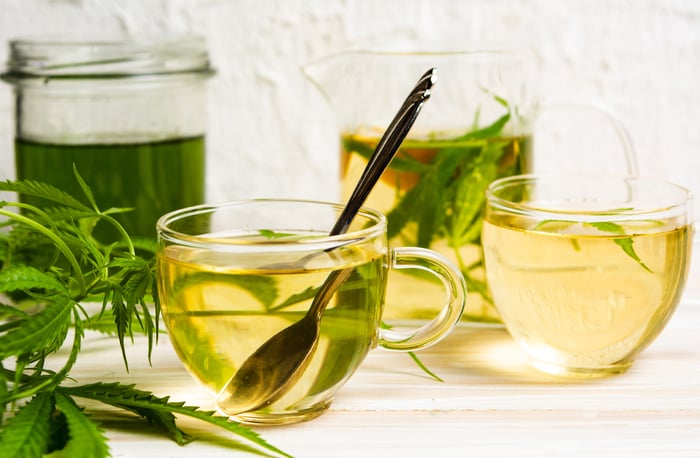 Many cannabis companies, particularly ones based in Canada, see derivative products such as beverages as a market segment with rich potential. In that country's latest phase of marijuana legislation, known as "Cannabis 2.0," the production and sale of beverages, edibles and related goods have been sanctioned. Cannabis 2.0 took effect last month.

The production of cannabis-laced drinks is particularly critical for Canopy Growth, as it's a main reason alcoholic beverages giant Constellation Brands ( STZ 1.28% ) has made a large-scale equity investment in the company. Since taking a nearly 10% stake in late 2017, Constellation Brands has increased its investment to the point where it holds roughly 40% of Canopy Growth.

The company's partner was instrumental in the development of the newly launched production line. In its press release, Canopy Growth said it "appreciate[s] the support of our partner, Constellation Brands, who lent their expertise from building and equipment design to staffing requirements for this world-class facility."

Canopy Growth said it will produce 11 drinks at the Smiths Falls facility. It added that all will be made using a proprietary company production process known as Distilled Cannabis.

Although Canopy Growth didn't provide any specific estimates for sales of its beverages, it did wax enthusiastic about their potential to reach new cannabis consumers. It said in the press release that "[c]annabis beverages have the potential to introduce a whole different demographic to the cannabis category by presenting them with a familiar product format."