The share prices of several notable marijuana stocks are slumping on a new warning about cannabidiol (CBD) from the U.S. Food and Drug Administration (FDA).

Yesterday the health industry regulator issued a new "consumer update" regarding CBD, the nonpsychoactive ingredient in cannabis that proponents say has medicinal properties.

The FDA sounded a fairly alarming note about the substance. It pointed out that using CBD can result in liver injury, cause significant side effects if used in conjunction with other drugs, and cause drowsiness and mood swings. The regulator emphasized that these effects could occur before a user is aware of them. 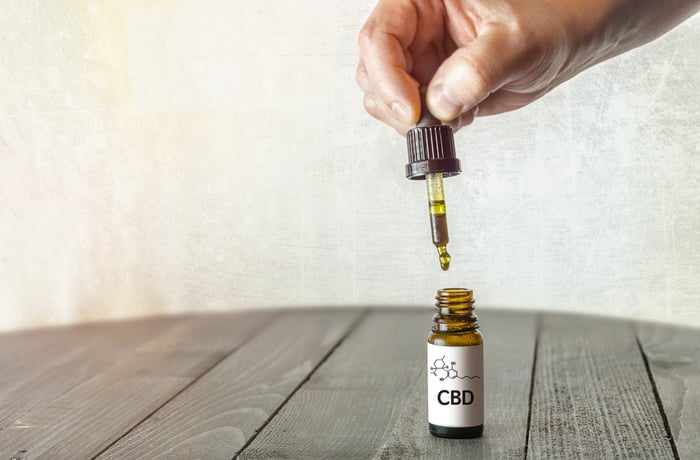 Among certain consumers, CBD is a popular ingredient in various types of products such as food, beverages, and ointments. Manufacturers frequently claim that consuming the substance can treat a range of ailments.

The FDA said in its update that "there is very limited available information about CBD, including about its effects on the body."

"The FDA recognizes the significant public interest in cannabis and cannabis-derived compounds, particularly CBD," it added. "However, there are many unanswered questions about the science, safety, and quality of products containing CBD."

Among these are concerns about sustained regular use, its effect on the developing brains of children, and possible male reproductive toxicity.

The regulator said that it is currently laboring to enhance its knowledge of the substance.

To date, the FDA has approved only a single CBD-based drug, Epidiolex from U.K.-based GW Pharmaceuticals ( GWPH ). While Epidiolex has been a star product for GW Pharmaceuticals, it is quite limited since it's used to treat two uncommon forms of epilepsy.

The FDA's update comes on the heels of a similar cautionary note from the regulator's former commissioner, Scott Gottlieb.

In a tweet earlier this month, Gottlieb warned that with CBD, "[s]afety must be the first principle. And appropriate claims grounded in science. CBD is not safe and has largely unproven benefits outside a small subset of very carefully studied indications."

Since most notable marijuana stocks trade in CBD products, many are down in late Tuesday trading on the FDA's pronouncements. Canopy Growth ( CGC -3.57% ) is off by slightly more than 1%, while Tilray ( TLRY ) is slumping by 3%.

Charlotte's Web ( CWBHF -5.43% ), meanwhile, is down by nearly 8%. Although Canopy Growth and Tilray are involved in the segment, Charlotte's Web is considered a leader in the CBD market.

But not all marijuana stocks are sliding like Canopy Growth, Tilray, or Charlotte's Web. Likely because it sells the only CBD product approved by the FDA, GW Pharmaceuticals is up marginally on the day.