It's been a wild year for ADT (NYSE: ADT) shareholders.

After falling more than 25% by August, shares of the alarm maker and security services provider rebounded sharply in recent months. They're now up approximately 50% so far in 2019.

On Monday, however, Bank of America Merrill Lynch cut its rating on ADT's stock from buy to neutral. Analysts Jay Hanna and Gary Bisbee argue that the recent surge in the security giant's share price leaves little upside left for investors.

"While sentiment remains subdued and we see valuation as far from demanding, we also see few catalysts for continued outperformance," the analysts said.

Hanna and Bisbee expect ADT's asset sales and investments to pressure its revenue and earnings growth in the year ahead. In turn, they forecast that ADT's revenue will remain flat and its earnings and cash flow will decline slightly in 2020. 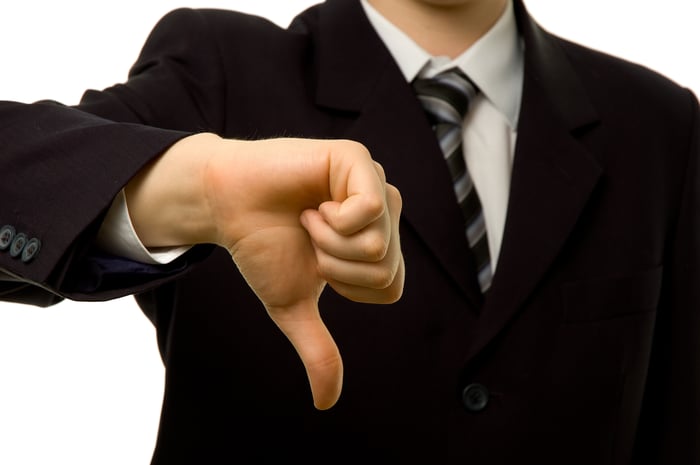 ADT announced the sale of its Canadian operations to Telus in October. The deal raised approximately 700 million Canadian dollars (roughly $526 million) for ADT, which the company intends to use to pay a $0.70-per-share special dividend to shareholders later this month.

"Opportunities continue to develop for ADT in the areas of smart-home integration, the expansion of the home security business into new demographics, and ADT's growth in commercial security," DeVries said. "The sale of our more capital-intensive Canadian operations enables us to sharpen our focus on the exciting growth and higher-margin opportunities in the U.S., where we can more efficiently invest our time and resources."

It should be noted, however, that ADT is facing intensifying competition in the U.S. Fast-growing rival SimpliSafe has been taking share in recent years, due to its often significantly less expensive self-installed home monitoring systems. Tech titans Alphabet and Amazon.com are additional threats, with their Nest and Ring lines of security products.

Still, ADT continues to generate bountiful free cash flow from its existing customer base. This is partly due to its substantial pricing power. Once a person has paid hundreds -- and sometimes thousands -- of dollars to have an ADT security system installed in their home or business, they're typically locked into service contracts for several years. And even after these contracts expire, customers often have little choice but to accept regular increases in their monthly monitoring service fees, unless they want to go through the expense of installing a new system from one of ADT's competitors.

As such, ADT's current revenue and cash flow base is likely well secured for the foreseeable future, but new customer acquisitions may be more difficult to come by in the years ahead.