Cannabis powerhouse Canopy Growth (NASDAQ:CGC) is turning to a familiar face to lead it to the promised land.

The marijuana giant said on Monday that David Klein would become its new chief executive officer on Jan. 14, 2020. Klein is chairman of Canopy's board of directors.

Klein is also chief financial officer at alcoholic beverage titan Constellation Brands (NYSE:STZ) (NYSE:STZ.B). He has more than 14 years of senior leadership experience at Constellation, where he's credited with helping to "build enduring consumer brands while leveraging operational scale across a dispersed production footprint." That's exactly what Canopy is trying to do with its popular Tweed brand of cannabis products, among others.

Additionally, Klein has overseen Constellation's mergers and acquisitions in recent years. This experience should serve Canopy well in a rapidly consolidating cannabis industry, with acquisitions likely to play a key part in its growth strategy.

"I look forward to working with the team to build on the foundation that has been laid, to develop brands that strongly resonate with consumers, and to capture the market opportunity before us," Klein said in a press release. "Together we will drive sustainable, industry-leading growth that benefits employees, shareholders and the communities in which we operate." 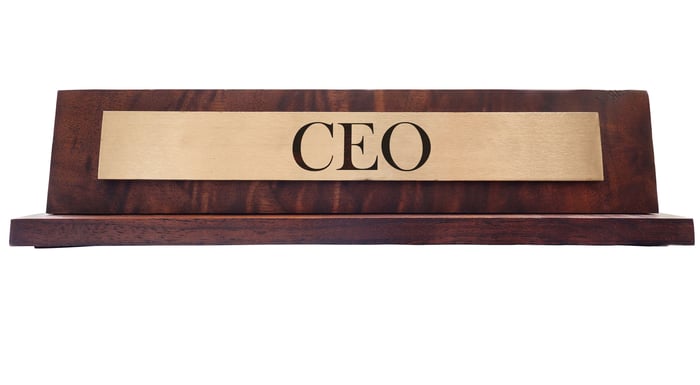 Current CEO Mark Zekulin will step down and resign his seat on the company's board of directors in December. "Canopy today is positioned to win with the resources, infrastructure, team, and award-winning culture needed to succeed," Zekulin said. "It has truly been an honor to be part of building a unique, Canadian success story like Canopy, and I look forward to seeing the company continue to evolve and grow under David's leadership."

Klein will also step down from his other positions. He will remain a board director, but Canopy intends to name a new chairperson. Yet despite Klein vacating his roles at Constellation, analysts see the move as a way for the beer giant to strengthen its control over Canopy. Constellation has invested $4 billion in Canopy in exchange for a nearly 40% stake in the cannabis company. Constellation also has warrants to increase its stake to approximately 50% in the future.

Klein became chairman of Canopy's board in October. Constellation had reportedly grown tired of Canopy's mounting losses, and the move was seen as a way for it to impose greater financial discipline on the free-spending company.

Klein's appointment as CEO is seen by some as a way for Constellation to exert even greater control over its troublesome investment. "It is now clear to us that Canopy will be managed as a Constellation subsidiary," Seaport Global analyst Brett Hundley told Reuters.

Others see Klein's appointment as a sign that Constellation will seek to acquire the remaining portion of Canopy's stock that it does not already own.

As such, Canopy's new CEO could give shareholders multiple ways to win. If he can bring greater financial discipline to Canopy and place it on a path to sustained profitability, investors will likely enjoy handsome gains. And those gains could come even sooner if Constellation makes a bid for the company.

For his part, Klein appears optimistic. "Canopy Growth sits at the forefront of one of the most exciting new market opportunities in our lifetime," he said. "Thanks to the efforts of Mark and the entire team at Canopy Growth, no company is better positioned to win in the emerging cannabis market."