Leading marijuana stock Aurora Cannabis (NASDAQ:ACB) announced Monday that it made its first shipments of products falling under so-called "Cannabis 2.0" legalization. This is the initiative under which Canada's government sanctioned the sale and consumption of cannabis derivatives such as gummy candies, vapes, drinks, and the like. The company also issued an update on certain aspects of its finances and operations.

As for the Cannabis 2.0 products, Aurora said it made its inaugural shipments to 10 provincial regulators throughout the country. The company produces these goods at three facilities: Aurora Sky in the country's western city of Edmonton and two locations in the east of the country, Aurora River in Ontario, and Quebec's Aurora Vie. 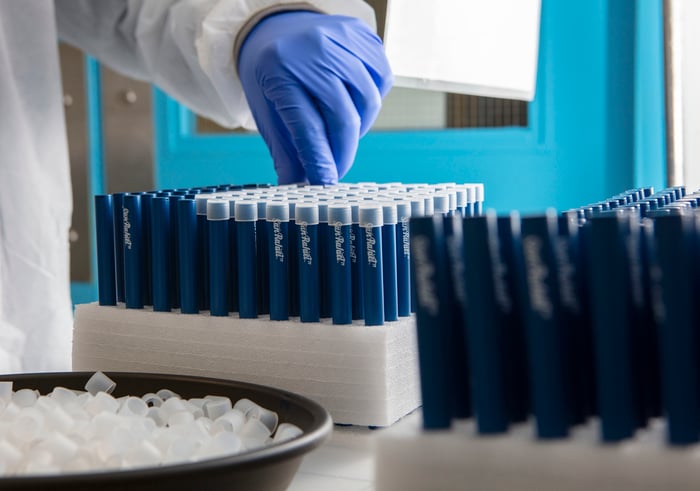 In a press release, Aurora said of the Cannabis 2.0 rollout: "We have prudently deployed capital and we believe that we're ready with the appropriate combination of technology, scale and consumer insights to have the right products on store shelves in a timely fashion."

Although Cannabis 2.0 took legal effect in mid-October, its regulations stipulated a 60-day notice period for manufacturers to ship product. Aurora noted that most of its initial shipment won't be available in retail outlets until early next month.

Updating its operational and financial situations, Aurora said that in spite of a recent halt in the construction of two company facilities -- Aurora Sun in the province of Alberta, and Aurora Nordic 2 in Denmark -- it has enough capacity to meet current demand.

In Denmark, the company's Aurora 1 facility has been completed, holds a production license, and is expected to receive a sales license in the near future.

In terms of finances, Aurora reiterated that it retired 227 million Canadian dollars of a CA$230 million convertible debenture issue set to mature in March 2020 by converting these securities to stock. The company added that it can still draw from a CA$360 million credit facility, and it has recourse to a $400 million (U.S) at-the-market equity program (essentially, a share issuance initiative).