Medtronic did not disclose the price of its purchase, nor the terms of the deal. 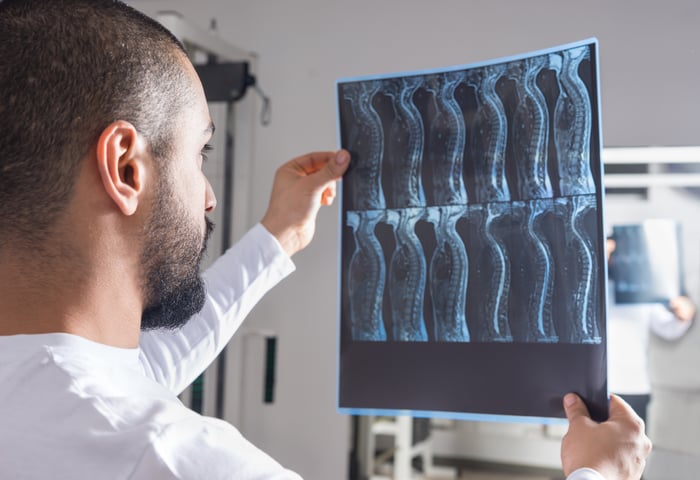 The signature product for Stimgenics, based in Illinois, is its Differential Target Multiplexed (DTM) Spinal Cord Stimulation waveform. This is a relatively recent innovation in SCS, which according to Medtronic "may engage a novel mechanism that modulates both neurons and glial cells, expanding the understanding of SCS mechanisms of action." Glial cells surround neurons in the central nervous system, providing insulation and support for the neurons.

DTM is essentially a bolt-on acquisition for Medtronic; it will be delivered through the company's SCS platform, Intellis.

Medtronic expressed high hopes for its new product. "We believe that DTM therapy will advance the treatment of chronic pain, supported by clinical evidence and preclinical research on a neuronal-glial mechanism of action," the company said in the press release trumpeting the acquisition.

Later this month, there will be a presentation at the annual meeting of the North American Neuromodulation Society in Las Vegas detailing the results of a clinical test comparing DTM and conventional SCS treatments.

Stimgenics is not expected to have a large impact immediately on its new owner. Medtronics said that its results should be neutral to per-share earnings this fiscal year. Past that, Stimgenics should "meet Medtronic's long-term financial metrics for acquisitions," the acquirer said without elaborating.

Following the news release, Medtronic's share price was up marginally in late trading on Thursday.