It's all about the smart use of other people's money.

In the insurance industry, "other people's money" is known as float. In a shareholder letter, Buffett once said that float "has cost us nothing, and in fact has made us money. Therein lies an accounting irony: Though our float is shown on our balance sheet as a liability, it has had a value to Berkshire greater than an equal amount of net worth would have had." Translation: Float is good. 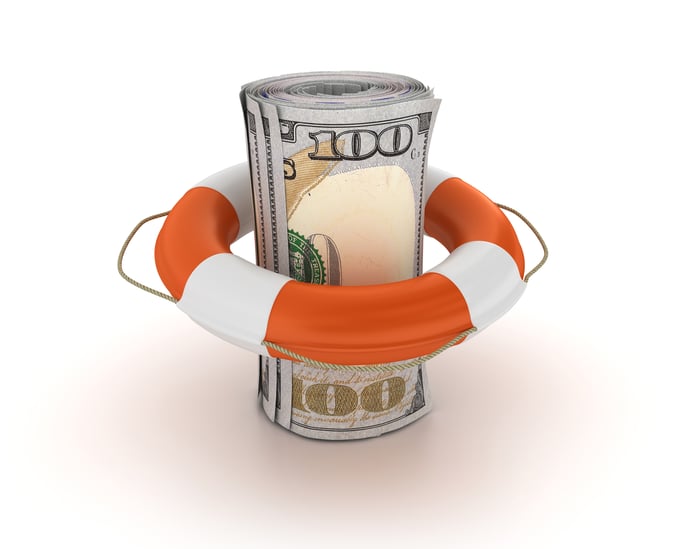 When you pay the premium on your automobile insurance, those premiums help cover operating expenses and go toward paying automobile claims from customers who get into accidents. The great thing about premiums is that the insurer collects the money up front but doesn't have to pay out claims until later down the road. In the meantime, the company "floats" these unpaid premiums. This float is invested in stocks, bonds, and other securities, and the insurance company pockets the profit.

Float is such a valuable form of capital because not only does the insurance company get to keep the investment income, but also the company's cost of capital is often low or even positive.

Calculating float
Here's how float is calculated. Ready for this?

This sounds like a handful, but we can simplify it to say that float is simply cash received from customers that hasn't been paid out yet for claims and expenses.

The more float a company has, the more investment income it can generate. That's a good thing. From 1967 to until 2005, Berkshire's float increased from $20 million to $49 billion. Using Buffett's investing genius, this float has created tremendous value for Berkshire shareholders.

Short tail vs. long tail
The length of time between receiving a premium and paying out claims affects how profitable float can be. For example, Progressive (NYSE:PGR) and Mercury General (NYSE:MCY) write automobile insurance that is generally paid out quickly. If an insured driver gets in an accident, then the claim for vehicle damage and bodily injury is paid out soon. This is known as short-tail insurance. On the other hand, insurance companies used their float for as long as asbestos liabilities remained in litigation -- for years and years. In general, such long-tail insurance is preferable for the company (although not for those suffering from mesothelioma), because the float can be reinvested over longer periods of time.

Cost of float
However, as always, doing business makes sense only when the business is profitable. To judge an insurance company's cost of float, one has to look at the company's loss and expense ratios. More on this later.

Berkshire Hathaway is an Inside Value recommendation. Mercury General is an Income Investor recommendation. Check out our entire suite of investing services free for 30 days.

Fool contributor Emil Lee is an analyst and a disciple of value investing. He doesn't own shares in any of the companies mentioned above and appreciates your comments, concerns, and complaints. The Motley Fool has a disclosure policy.

HSBC is Bidding Farewell to its Canadian Customers

Warner Bros is Losing One of its Most Reliable Partners

Nestlé to Sell Off Peanut Allergy Treatment, Not the Blockbuster They Hoped