Goldman Sachs (NYSE: GS) earned a terrible reputation during the financial crisis. It ended up paying $550 million to the SEC to settle charges, admitting that it offered complex investments involving subprime mortgage-backed securities to investors -- without bothering to tell them that the hedge fund that helped choose those securities also had a short position against the offering.

You'd think that having paid such a high penalty for its misdeeds, Goldman might have learned its lesson. But late last week, reports surfaced that Goldman is planning to offer a new investment that unsophisticated investors may find just as misleading -- and which may disappoint them nearly as much. 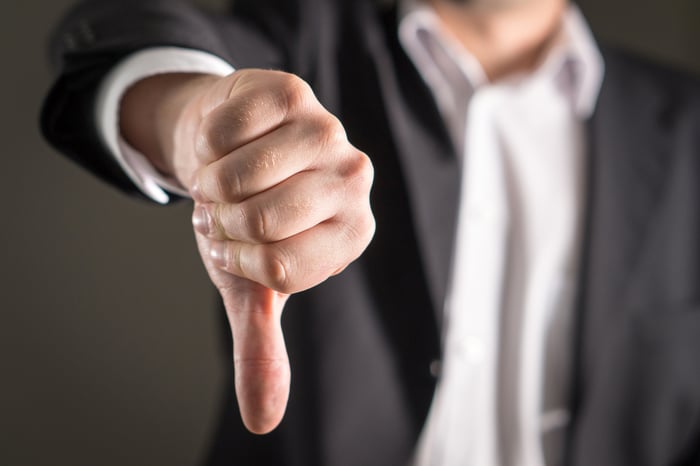 The best of both worlds?
According to reports, Goldman plans to offer equity-linked certificates of deposit. In contrast to regular CDs, with which you can predict with absolute certainty exactly how much interest you'll receive throughout the length of their term, equity-linked CDs typically use well-known stock indexes like the Dow Jones Industrial or S&P 500 to help determine their total return. And as their name suggests, the idea is that if the stock market does well, then your CD's return will be better.

The key incentive for most investors, though, is the downside protection that equity-linked CDs provide. Obviously, investing in a stock index fund exposes you to the full extent of any losses for the market. By contrast, equity-linked CDs usually guarantee that you'll at least get your full principal back, no matter how badly the market does. Reports suggest that Goldman's four-year CD will give a minimum annual return of about 0.5%, while potentially maxing out at 24%.

To be clear, Goldman isn't the only bank that offers equity-linked CDs. JPMorgan Chase (NYSE: JPM) sold the first such market-linked product back in 1987. Today, you can find such CDs at banks including Wells Fargo (NYSE: WFC) and HSBC (NYSE: HBC). Each bank has a slightly different angle on how it ties returns on its CDs to the stock market, but they all share the same general idea: Limit your downside while potentially boosting your upside.

Why these CDs aren't worth your time
The problem, though, is that "equity-linked" doesn't mean that you'll get the exact return of the index the CD tracks. According to Bloomberg, the Goldman CDs will look at the Dow's returns every month. If the Dow rises, then the gains are capped at 1.5% to 2% for purposes of calculating the CD's total gain. If the Dow drops, however, then the losses are fully incorporated into the tracking value for the CD.

Obviously, that puts a downward bias on the CD's total return. And again, while investors may have guaranteed return of principal -- a guarantee that the FDIC backs -- the chances of them earning exactly no interest whatsoever are a lot greater with such artificial calculations underlying the deposit.

Get smarter
In fact, last month's issue of Rule Your Retirement included some information on this exact subject. With insurance companies like ING (NYSE: ING) offering similarly structured equity-linked annuities, Foolish retirement expert Robert Brokamp talked with special guest Allan Roth about cheaper alternatives to get the protection you want. The problem, in Roth's eyes, comes from two places: complicated prospectus materials that obscure the actual calculations involved, and huge fees that make these CDs losing propositions. The Bloomberg article cited one structured CD expert who says that fees on a five-year deposit can be around 3%.

With banks like Goldman, Citigroup (NYSE: C), and Bank of America (NYSE: BAC) having taken so much taxpayer money in bailouts, the American public is outraged at practices that try to trick customers into thinking they'll get better returns than they actually will. Equity-linked CDs are exactly the type of innovation that you don't need to get richer for your retirement.

There's another product that banks offer that you may not need, at least in the near future. You can find out all about why credit cards are destined to be a thing of the past right here. Banks may not like it, but you can find the companies that will profit from what replaces them. Click here and learn more.

Tune in every Monday and Wednesday for Dan's columns on retirement, investing, and personal finance. You can follow him on Twitter here.