Fresh Commerce Department data show that Americans both made and spent more money than usual in January.

Personal income rose 0.3% in the first month of 2014, driving a 0.4% increase in disposable income. Consumer expenses also rose 0.4%, in lockstep with disposable dollars. 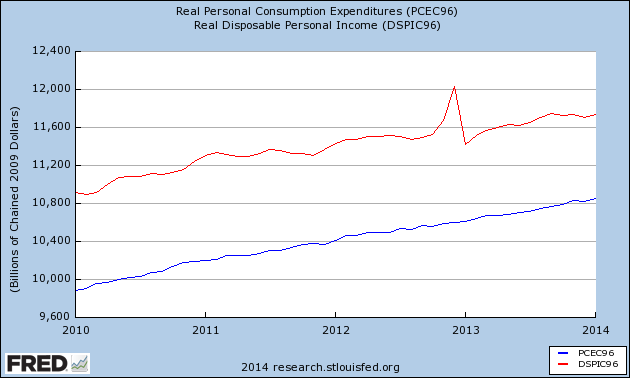 But it's not all rainbows and unicorns, because the January numbers were boosted by some very unusual events.

A bitterly cold winter forced millions of Americans to pay more on heating bills, adding some artificial strength to the spending stats.

The income box also had several rare factors pulling on it, in every direction:

Excluding all of these special events, personal income only increased in line with the 0.2% long-term average.

At the end of the day, Americans held on to 4.3% of disposable income in January, the same rate as December. These are the 540 billion consumer dollars that were not spent on anything, but are going into savings accounts, buried coffee cans, and long-term investments. 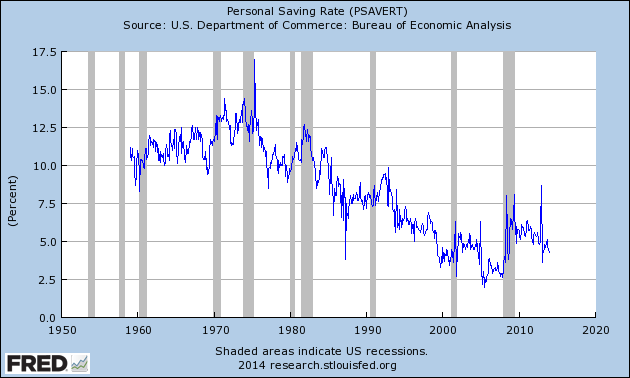 Investing your leftover cash in the stock market is far healthier than simply sticking your savings in a sock drawer. Sure, stocks can lose value from time to time, but the market bounces back stronger after every crash.

The Dow Jones Industrial Average ( ^DJI 0.10% ) has quadrupled in value over the last 20 years, including the 2001 dot-com crash and the 2008 mortgage meltdown. At the same time, inflation-adjusted disposable income only grew by 85%. 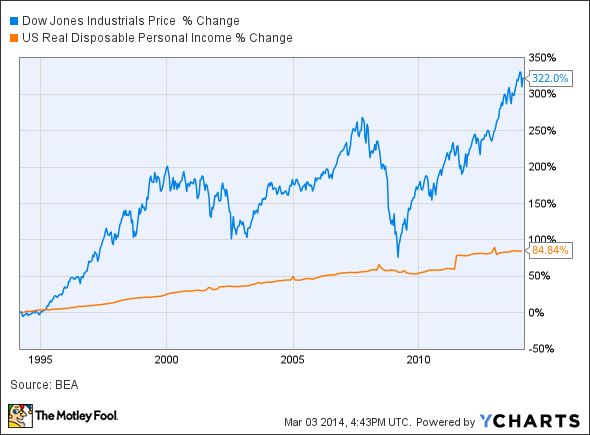 Investing a little bit every month will beat coffee cans and savings accounts in the long run. Are you in the market yet?