Give up your life insurance policy, and you might be able to get more than twice as much as you expected.

Many Americans fear running out of money more than they fear death -- which makes it extra sad that they're leaving money on the table. (Abel, dying, by Jean-Baptiste Stouf)

There's been a distressing story in the financial media lately: American seniors are apparently leaving $112 billion in life-insurance benefits on the table each year. That's certainly not great news, but it isn't and doesn't have to be as bad as it sounds.

In a nutshell
Let's back up and review the facts. Several surveys in recent years have offered similar information. Most recently, the folks at the Life Insurance Settlement Association released survey results finding that Americans aged 65 and older give up about $112 billion in life insurance benefits each year, either by surrendering their policies or by simply letting them lapse, resulting in the policies being terminated. The numbers reflect more than 1.1 million policies and are based on data from 2008. It's estimated that current numbers would be even higher.

It's not terribly hard to figure out why this is happening. Most Americans are not fully prepared for retirement, financially. A study from Allianz Life Insurance reported that people age 44-75 fear running out of money more than dying (61% fear running out of money, versus 39% who fear dying). Many are giving up on their life insurance policies simply so that they no longer have to send in premium payments, as they have more pressing uses for that money. Others among them may simply be forgetting to send in payments. As retirees age, their ability to manage their finances can decrease. 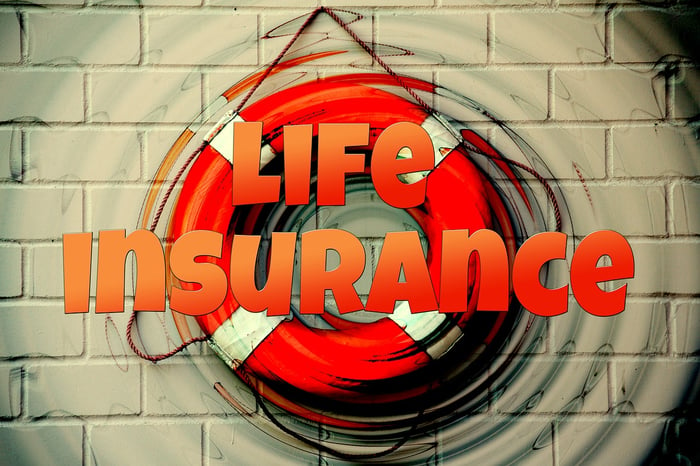 Upsides, downsides, and trade-offs
The situation is a tiny bit less tragic than it might seem because many elderly people just don't need life insurance. Younger adults do, when others -- such as spouses or children -- are depending on them financially. But if no one is counting on any financial support for you, you probably don't need life insurance very much. (It can still make sense for some, though, such as to cover funeral expenses.)

Still, it's not a good thing when billions of dollars are left on the table. (Well, actually, it is a good thing for the insurance companies involved.) If someone lets a policy lapse or surrenders it, he or she has been paying for that policy for perhaps a very long time, and ends up with little or nothing to show for it. Had it stayed in force, some loved ones would have received a payout eventually.

There's some good news, though. There are ways to avoid being one of the many people leaving money on the table.

What to do
First off, it's worth noting that this problem is a good reminder that term life insurance can be preferable to whole life insurance. With term policies, you sign up for a certain number of years of coverage, such as the years when you have children who have not yet completed college. Once the term is up, you stop paying and you stop being covered -- and there's no danger of your policy lapsing. Term policies tend to cost less than alternatives. Whole life policies tend to be more complicated, as they're structured in part as investments, perhaps paying a dividend and some life benefits in addition to death benefits. They're also more costly. And if you're looking at them for their investment value, you can probably find better investments elsewhere.

For those who want to keep their policies and are simply in danger of forgetting to pay policies, one solution is to set up automated payments. (Some insurers set up policies that way to begin with, drawing from bank accounts each month.) Alternatively, they may sign up a trusted relative or loved one to help with financial matters, making sure that bills get paid and accounts remain in order.

The life settlement option
And finally, here's a strategy that be a big win-win for the right people in the right circumstance. If you're thinking of giving up on your life insurance policy because you just need the cash you'd pay in premiums now more than you want the eventual payoff for your heirs, then consider a "life settlement."

Life settlements, originally known as viaticals, grew in popularity in the 1980s and involved having a terminally ill person sell his or her life insurance policy to a third party to generate much-needed funds. In the 1980s, many people dying of AIDS used them. Today, life settlements go by a newer name and don't require you to be terminally ill to sell your policy. The upside is considerable: A million-dollar universal life insurance policy might give you $100,000 if you surrender it, but $250,000 if you can sell it as a life settlement. The buyer will take on the responsibility of paying your premiums from then on and will collect the benefit whenever you die.

These arrangements can be great, as they might help fund home care or other late-in-life expenses, but they're not without some risks. Read up on them before taking any action. Know, too, that there are still other alternatives. Talk to your insurer, for example, because you may be able to apply any accumulated cash value in your policy toward future premium payments, extending the life of your policy.

When it comes to your life insurance policy, whether you keep it or give it up, do so only after considering all your options carefully.

Longtime Fool specialist Selena Maranjian, whom you can follow on Twitter, has no position in any stocks mentioned. The Motley Fool has no position in any of the stocks mentioned. We Fools may not all hold the same opinions, but we all believe that considering a diverse range of insights makes us better investors. The Motley Fool has a disclosure policy.