Do you share this disappointment about your own spending?

Making smart choices about what you do with your money will help set you up for a secure future. Unfortunately, most of us don't make the right financial choices all the the time -- and sometimes we end up regretting the decisions we make. 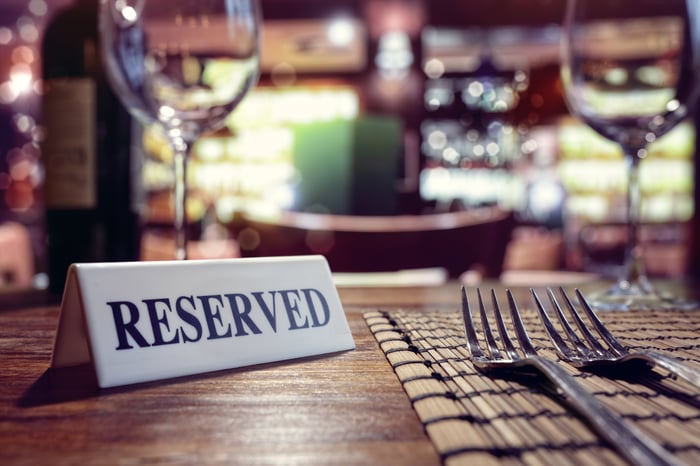 About 55% of survey respondents regretted spending money on meals out instead of putting that money into a 401(k), according to Charles Schwab. Dining out was by far the biggest regret cited, with spending on expensive clothes ranking second (31% of respondents lamenting using cash to expand their wardrobes).

New cars, vacations, and tech gadgets round out the list of five biggest spending regrets, with 28% of those surveyed saying they regretted their expenditures on cars or vacations, and 26% wishing they hadn't put so much money into keeping up with the latest technologies.

It's not surprising so many Americans regret dining out. The Bureau of Labor Statistics 2017 report on Consumer Expenditures found average spending of $3,365 annually on food away from home in 2017, up from $3,154 on dining out in 2016. And don't forget that when you dine out, you're paying for service in your tip, which gets bigger as you rack up your total bill.

If, instead of spending so much on eating out, you put $3,000 annually into a 401(k) from age 30 to age 65 and earned a 7% annual return, you'd end up with a nest egg of $414,710 -- justby redirecting your dining out budget. And, that's a conservative estimate for how much you could save over time, since eating out expenses have been shown to increase by a few hundred dollars every year.

How can you save on eating out?

Giving up eating out entirely would obviously allow you to maximize your savings -- but you also want to be able to enjoy life. You don't have to entirely give up eating out in order to avoid spending regrets, but there are ways you can cut your costs so you can put more of your money into savings instead of into your stomach. Sometimes you can't avoid a meal out, like if a loved one is celebrating something you can't bear to miss. So use the below tips to minimize your dining out costs without suffering:

By following these tips, you can still enjoy the occasional dining out experience -- without being left with lingering spending regrets.

Don't be one of the many Americans who regret dining out because they wish they'd put more money into their 401(k) instead. You can make changes today by adjusting your budget so you don't end up with these regrets yourself.

Budget a reasonable amount for dining out, then move some of the cash you save into your retirement accounts so you'll have more money for a brighter future. Pay yourself first to kill the temptation to eat up the money that should be saved.