Please ensure Javascript is enabled for purposes of website accessibility
Log In Help Join The Motley Fool
Free Article Join Over 1 Million Premium Members And Get More In-Depth Stock Guidance and Research
By Donna Fuscaldo - Feb 16, 2020 at 9:30AM

You don't have to break your budget to catch your favorite shows, chow down at restaurants, or get your caffeine fix.

Deals and discounts abound online and in stores, but too many people are overspending in a number of categories. They blindly pay for certain items without considering lower-cost options.

And it's not just one-off outlays. Folks are splurging on entertainment on a monthly basis. They're throwing hundreds of dollars away yearly on cable TV, dining out, and caffeinated beverages, to name a few areas.

But they don't have to. Here's why. 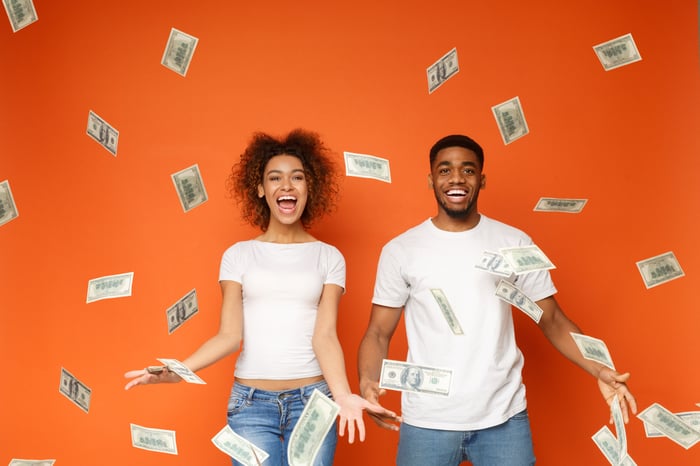 Many pay even more than that thanks to unexpected charges. In a recent study, Consumer Reports found that consumers pay $450 in fees each year, which amounts to $28 billion annually going to cable companies. In fact, 64% of U.S. consumers are paying more in fees than they did five years ago, according to Consumer Reports.

You can fight back by cutting the cord. From Netflix (NFLX 0.19%) to Walt Disney's (DIS 2.42%) Disney+, there are many streaming content services that don't tack on fees and aren't as costly. Disney+ is $6.99 per month, while Netflix's most expensive plan comes in at $15.99 per month. Disney+ customers who also want Hulu and ESPN+ pay $12.99 per month. Subscribing to multiple streaming services can still be cheaper than cable.

For those resistant to cutting the cord, there are other ways to save. The cable industry is cutthroat and market share is the name of the game. Providers don't want to lose your business and will go to great lengths to keep you as a customer. With the upper hand, you can negotiate a lower bill and/or request that fees be waived. You may not get 100% of what you want, but you should save something. If you have multiple providers in your area, take the time to shop around, too, comparing rates and fees.

Dining out is getting pricier

Food prices are on the rise; the U.S. Department of Agriculture predicts they'll jump between 1.5% and 2.5% this year. In 2019, the cost of food increased by 1.8%. Restaurant prices saw the biggest jump, rising 3.1% year over year in 2019. More of the same is expected this year, with supermarket prices holding steady but the cost of dining out on an upward trajectory.

The easiest way to save money on dining out is to do it less often, and hit the grocery store instead. But if you're among the millions of U.S. consumers who collectively spend billions of dollars in restaurants, there are ways to save.

Timing is everything when it comes to going out to eat. Most people don't go to dinner at 5 p.m., but it's a great way to save. Lots of restaurants offer early-bird specials, shaving serious cash off the bill. An added bonus: You get to beat the rush. Specials on certain days of the week are also common, so take notice. The food is just as good on a Tuesday night as it is on Saturday.

Loyalty also pays. If you follow your favorite eateries on social media and sign up for their email lists, you'll land deals and discounts. Many restaurant chains have mobile apps that enable you to accumulate points on purchases. Skipping the drinks, appetizers, and dessert can also make eating out more affordable.

The coffee industry made $85 billion last year, an increase of 4.2% from the previous year. Starbucks (SBUX 0.54%) controls 40% of the coffee-shop market, bringing in $26.5 billion in revenue in 2019 alone. Caffeine-loving consumers are clearly spending some serious cash on their habit. But that doesn't mean they should have to pay full price.

The cheapest way is to brew your drinks yourself. If you're a coffee or tea connoisseur, that may require a little upfront investment, but once your brewing is up to your standards, it can save you a small fortune over the year. Let's say you spend $25 a week on coffee: That's $1,300 a year. Even with a $500 investment to get a top-of-the-line coffee maker, you'd save a nice chunk of change. If tea is more your speed, a $5 box of tea bags is an affordable way to treat yourself.

If DIY-ing your caffeine fix isn't for you, consider shopping around for the best deal. Starbucks may be the most convenient option, but a local coffee shop or convenience store may brew up a decent cup of coffee for much cheaper.

If you do stick to your current purveyors, make sure to sign up to their loyalty programs and use their mobile apps. Searching for online discounts, and purchasing unwanted gift cards on the cheap, can also yield you savings.

Life is expensive, but your entertainment doesn't have to be. Follow the above tips and you can break the habit of overspending for life's little luxuries.