Please ensure Javascript is enabled for purposes of website accessibility
Log In Help Join The Motley Fool
Free Article Join Over 1 Million Premium Members And Get More In-Depth Stock Guidance and Research
By Katie Brockman – Apr 22, 2020 at 9:00AM

Can you separate fact from fiction when it comes to your CARES Act stimulus check?

Stimulus checks resulting from the CARES Act are on their way, and approximately 171 million Americans are expected to receive one, according to the IRS and Treasury Department.

If you're earning less than $75,000 per year, you should be eligible to collect the full $1,200 stimulus check. For those who file taxes as head of household or married couples filing jointly, you'll need to be earning less than $112,500 per year or $150,000 per year, respectively, to collect the $1,200 payment (or $2,400 for married couples). If you're earning more than that, your payment will be reduced or you may not receive a check at all.

For many households, this extra cash could go a long way toward paying the bills. Roughly 22 million Americans have filed for unemployment benefits over the last month due to the coronavirus pandemic, and the stimulus payments are intended as a way to provide temporary relief during tough economic times.

However, there are a few misconceptions about the stimulus checks. So as you're eagerly awaiting your check or figuring out how you're going to spend it, make sure you're not falling for these myths. 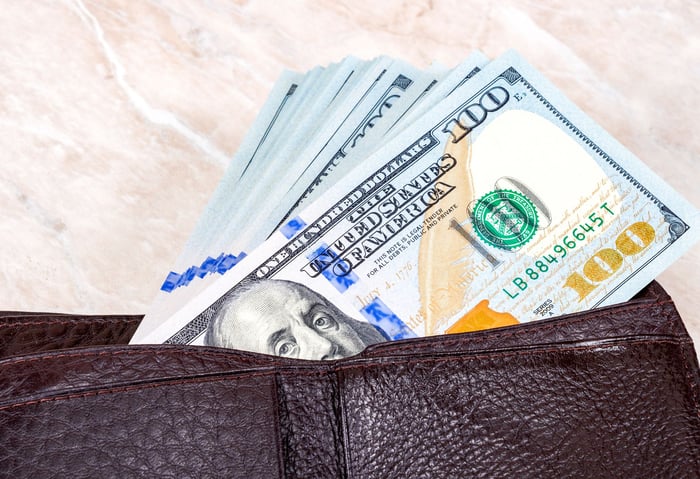 Myth 1: You'll need to pay back your stimulus check

A few viral social media posts have fueled the myth that Americans will have to pay back the stimulus money they receive. Part of this confusion might be because of the language in the stimulus bill that refers to stimulus checks as an "advance refund." But that simply means that the checks are being sent out before many people have filed their taxes this year. Others may think this stimulus check is like a similar one issued by the government in the 2008-09 Great Recession. However, the rules around that check were different from this one.

The stimulus checks aren't loans, so you will not have to pay the money back. This cash is yours to spend, save, or invest however you choose. The one caveat is that some banks are garnishing stimulus money if you have a negative account balance or owe overdraft fees, so if that's the case, your bank could seize your check before you get a chance to spend it. But as far as the government is concerned, you will not have to repay your stimulus check.

Myth 2: Your stimulus money counts toward your taxable income

Some people may be concerned that the checks could increase your taxable income, which would mean you could be hit with a higher tax bill next year.

However, the IRS specifically states that the stimulus checks do not count as income; therefore, it cannot increase your tax bill. In addition, the stimulus payments will not count toward your income when determining eligibility for certain benefit programs or government assistance. Also, the money itself isn't taxed, so if you're eligible to receive the full $1,200 (or $2,400) check, you'll receive that entire amount.

Myth 3: Your stimulus check can be garnished to cover unpaid taxes

Use it where it's needed

Stimulus payments can provide much-needed financial relief for millions of families, but it's important to distinguish between fact and fiction when it comes to the payments. By understanding the basics of how the program works, you can avoid falling for the myths and make the most of your check.