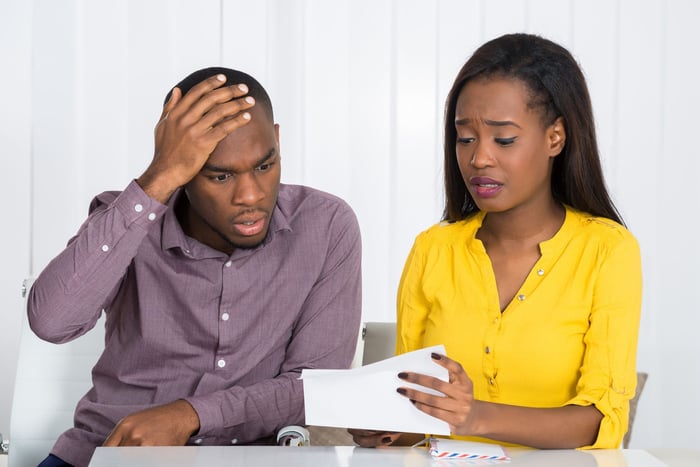 This will be a difficult holiday season for many Americans, as COVID-19 makes it nearly impossible to get together with loved ones. Unfortunately, for millions of jobless Americans, the inability to enjoy normal holiday traditions isn't even the biggest worry. It's the impending loss of unemployment benefits that currently keep them financially afloat.

Research by the Century Foundation has revealed a shocking 12 million Americans are set to lose their unemployment benefits on Dec. 26. Obviously, it would be devastating to have benefits cut off the day after Christmas. But unless Congress acts soon, that may be the fate of millions of gig workers and people who have been unemployed for an extended period of time.

Why will so many Americans lose unemployment benefits?

Of those, 2.9 million of those workers could still be eligible for benefits under the existing Extended Benefits program in their states. However, this program will lose its 100% federal funding so individual states will have to cover half the cost. This could be difficult because many states have already depleted the money in their trust funds.

In total, Century Foundation calculates that by the end of 2020, more than 16 million workers will have lost access to the additional jobless benefits the CARES Act authorized. This includes 4.4 million people who have already exhausted the extra help made available.

If lawmakers do not act to provide more stimulus, millions of Americans will suffer financially. These are people who lost jobs through no fault of their own due to the COVID-19 lockdowns. Without a second stimulus bill, they will start 2021 with no unemployment benefits headed to their bank accounts. Those facing this situation can explore other sources of aid, such as SNAP benefits, and coronavirus hardship loans. But the bottom line is if lawmakers in D.C. do not act, millions face a dire lack of options in the new year.