The 25-to-40 set especially dominates mortgage activity in Silicon Valley and some more affordable metros.

The children now outnumber the parents, and that's having an impact on the residential housing market in America.

That makes millennials the largest of our generations, and with ages ranging from 25 to 40, they're also in their prime homebuying years. 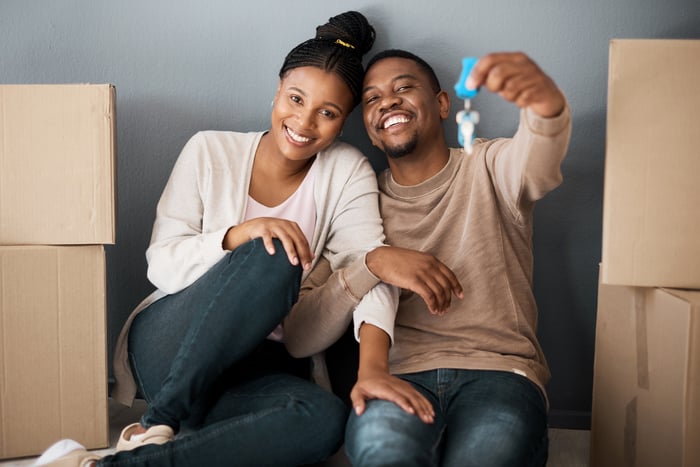 CoreLogic, a major purveyor of real estate data and analytics, says its data shows the generational domination: Millennials accounted for 51% of home-purchase loan applications so far in 2021, up 5 percentage points from 2019 and continuing a streak that began in 2016 when that cohort became the leader in that telling metric.

Gen Xers -- people born between 1965 and 1980 -- are second this year at just below 30%, and their share has been slipping steadily since 2015 when they represented nearly 40% of new mortgage applications and millennials only 35%.

Of course, where that buying is happening is the focus of a CoreLogic study whose findings can guide real estate investors to where might be the best opportunities for buying a flip or rental, at least in terms of finding willing buyers and tenants.

Silicon Valley has the most millennial activity despite its high prices

The CoreLogic data shows that millennials are particularly dominating in some high-tech, high-cost markets and in other locales that offer both job opportunities and affordability.

So far this year, Silicon Valley leads the way by that measure, with millennials accounting for 64% of home mortgage applications in San Jose, California. Seattle, Pittsburgh, and Austin, Texas, followed at 61%, and then Boston and San Francisco at 60% each. The top 10 is rounded out by Salt Lake City, Milwaukee, Minneapolis, and Buffalo, New York.

Tech-heavy San Jose, San Francisco, and Seattle have been growing their market share of millennial mortgage makers faster than other cities for the past two years. Meanwhile, more affordable areas, such as Pittsburgh, Salt Lake City, Milwaukee, and Buffalo, have seen only a small increase in millennial homebuyer share over that time.

And the lowest percentage of millennial mortgage applications among major metros was 43% in Miami and Las Vegas; followed by Tampa and Orlando, Florida, at 44% each; and Jacksonville, Florida, and Phoenix at 45% apiece.

Next up: Gen Z will be the largest cohort yet, and they're coming of age soon

A lot more than age goes into deciding where and when to buy a house, including each individual and family making their own decisions about such things as career advancement or remote work. But such macro views at the residential housing market can provide high-line insight into real estate investors considering big trends in the markets they've targeted.

And that said, don't go to sleep on Gen Z. The people of that generation, those born after 1997, are by some estimates already the largest generation or soon will be. The CoreLogic data shows Gen Z accounting for less than 5% of home mortgage apps so far.

But give them time. Their prime homebuying years lie ahead of them, and so do the residential investing opportunities they may present and the trends they'll be setting.