AIG (NYSE:AIG) should be ashamed of itself -- and not because its ads aren't as good as they used to be.

The company should be ashamed because it's charging tens of thousands of American teachers far too much to manage their 403(b) plans, and it's not forthcoming about it. 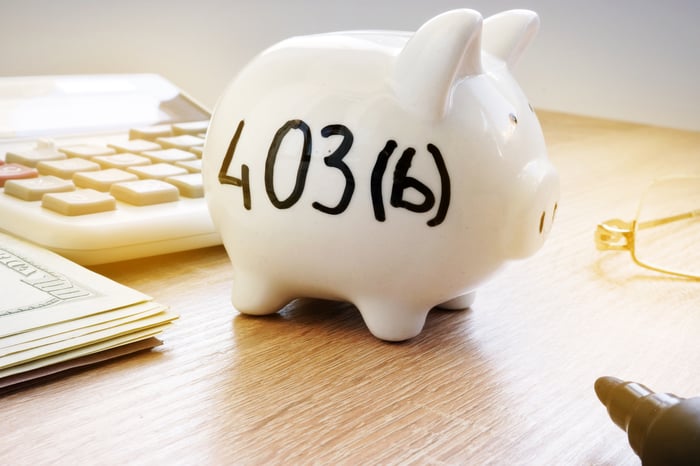 The sad thing is, this may be old news to you. Financial behemoths have been charging far too much to provide mediocre financial services for a very long time. And why not? They could get away with it. These are for-profit firms. Without customers demanding change or taking their business elsewhere, there's simply no reason to lower investing expenses for everyday working professionals.

Unless, that is, these folks have a conscience
But I'm starting to sound bitter.

The reason I'm onto this hot topic is that I recently reviewed the performance of my wife's new 403(b) account -- administered by AIG VALIC. Since she and I are diversified across our various investing accounts, her 403(b) money is stashed entirely in one great fund, T. Rowe Price Health Sciences (FUND:PRHSX).

Why Health Sciences? For one, it was the only AIG offering that has received the Motley Fool Champion Funds seal of approval. That means it has:

And while those four traits are fantastic to have in combination, the most important by far is low fees. As Jason Zweig wrote in his new book Your Money & Your Brain, "Decades of rigorous research have proven that the single most critical factor in the future performance of a mutual fund is ... its fees and expenses."

With no load, an expense ratio that clocks in at just 0.87%, and top holdings such as Gilead Sciences (NASDAQ:GILD), CVS Caremark (NYSE:CVS), Merck (NYSE:MRK), Aetna (NYSE:AET), and Celgene (NASDAQ:CELG) having strong years, I figured my wife's 403(b) funds were in good hands.

I figured wrong
Unfortunately, I'd forgotten about the other set of hands that's all over her money: AIG VALIC's. Long story short, although Health Sciences returned 4.95% in the second quarter of 2007, my wife's account -- again, stashed 100% in Health Sciences -- returned just 3.22%.

For those playing along at home, that's 173 basis points of difference in three months' time. What the [bleep]?

The [bleep], explained
So I did what any concerned consumer would do -- I put in a call to my wife's personal account representative. It didn't go well. I was told, among other things, that:

And then I was hung up on.

Fool fights back
Of course, maybe I didn't play fair. I didn't tell the rep at the outset that I worked in the financial biz. I'll admit to asking leading questions, such as, "Is 173 basis points of difference a lot?" -- a question I already knew the answer to.

He says I badgered him.

How do I know this? Because I called back after he hung up on me to tell him that I thought this would be an interesting issue for me to discuss with readers on Fool.com.

I wish that trick had worked on girls back in high school
Less than an hour later, I had my callback. "That explains it," he said. "You were setting me up."

That's a pretty penny from fees I'd been told were "not substantial." But once the account rep found out he was talking to someone with a little bit of knowledge, he admitted, "Yes, our fees our high...

... they allow us to offer full-service options to our clients."

What "full-service" means to you
In other words, if you're an AIG VALIC client, you get tax filings preparation, insurance on your account, and a variety of investment options. Most important, though, is the counseling they offer. "Unless you have advisors," I was told, "educators won't start saving, and those that do will invest too conservatively."

Sadly, that's a fair point. Too many studies have shown that too many Americans fail to contribute to their retirement plans, and those who do tend to allocate their assets in a way that does not match their retirement timeline. If you're a young teacher, for example, that means having too much cash parked in bonds or bills.

But the question remains: Is an annual 10 minutes of guidance that you could otherwise gain from a simple Internet search really worth 173 basis points of return -- or $107,000 in the scenario above?

Back to those AIG ads
Looking up AIG marketing on the Internet, I came across this tag line: "For 85 years, customers of the AIG companies have had more secure financial futures because ... we know money."

I'm sure you can imagine the modifications I'd like to make to that to make it more accurate.

The fact is, in order to claim her matching contribution, my wife needs to invest via AIG VALIC. And while she's made her school's CFO aware of AIG's shortcomings, it won't be until more individual investors demand better treatment from financial giants that we see absurd administrative fees start to disappear.

Because while you can do better picking great funds, you won't do best until you get to keep more of the money you're investing. Good luck.