With our nation's population of baby boomers going strong at roughly 76 million, it's estimated that a good 10,000 baby boomers turn 65 every day. What this means is that more and more boomers are getting closer to retirement, and with that comes a host of important decisions. If you're a baby boomer, here are four key retirement facts to help you navigate this significant milestone. 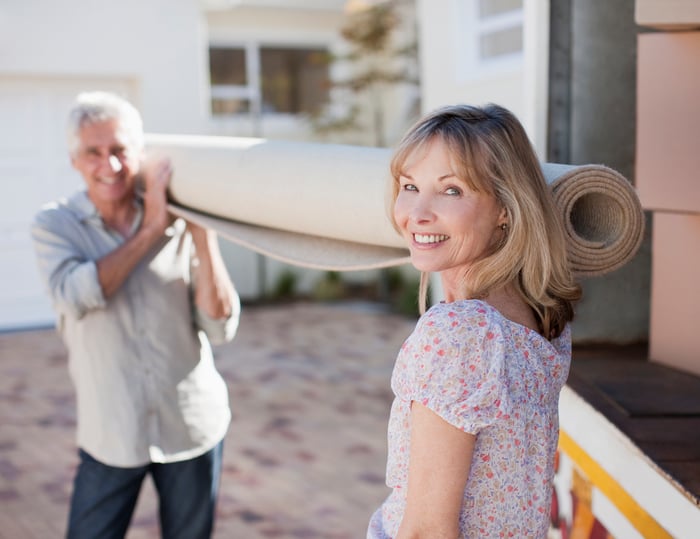 While increased life expectancies are a good thing in theory, they pose a financial challenge to today's retirees. Living longer means needing more savings to cover life's expenses in retirement -- savings that many boomers are sorely lacking.

2. Most baby boomers are behind on retirement savings

While there are certainly exceptions, most boomers have a lot of catching up to do when it comes to retirement savings. According to a 2016 report from the Insured Retirement Institute (IRI), only 55% of baby boomers have begun saving independently for retirement.

The National Academy of Social Insurance reports that a good 65% of beneficiaries rely on Social Security for the majority of their retirement income, and that it's the only source of income for almost 25% of those 65 and older. The IRI study confirms these findings, with 59% of boomers stating that they expect Social Security to serve as a significant source of income once they exit the workforce.

4. Many baby boomers worry they won't have enough money in retirement

Of course, it's not necessarily the case that boomers are growing more pessimistic. Rather, it could be that many are getting more realistic about their finances and retirement needs. And on a positive note, some boomers are taking steps to improve their financial picture.

During the past year, 30% of boomers postponed their retirement plans, and 26% say they're now aiming to retire at age 70, or later. This is a pretty big jump from 2011, when only 17% of boomers planned to retire at or after 70.

If you're on the verge of retirement, and aren't confident about your savings, you still have some options for improving your financial outlook. For starters, consider working a few extra years to build up more savings. For 2016, anyone 50 and older can contribute up to $24,000 to a 401(k), and $6,500 to an IRA. If your employer offers a matching program, that's even more (free) money coming your way for retirement.

Here's another benefit of postponing retirement and working a few extra years. If you hold off on taking Social Security past your full retirement age -- which, for baby boomers, is either 66 or 67, depending on the year you were born -- you'll get an 8% increase in benefits for every year you postpone up until age 70, at which point this incentive runs out. And that 8% increase isn't just temporary; it will remain in effect for as long as you continue to receive Social Security benefits.

Deciding when to retire is a major decision not to be taken lightly. Before you jump in, take a hard look at your goals and finances to see where you stand. You may find that an extra year or two of working could mean the difference between a comfortable retirement and one that starts on financially shaky ground.