Alert Investor
(TheAlertInvestor)
Author Bio
An Alert Investor is a smarter investor. Our goal is to provide an understanding of investing that forms the basis of smart participation in financial markets. We’re sponsored by the Financial Industry Regulatory Authority, the largest independent financial industry regulator. 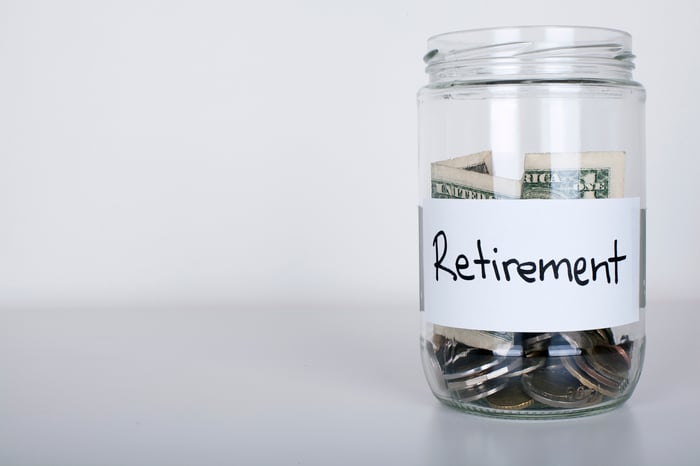 Worried that you don't have enough saved for retirement? You're not alone.

A recent Gallup survey found that Americans list retirement savings as their top financial concern, with 64 percent saying they were "very worried" or "moderately worried" about having enough money to support themselves in their golden years.

Experts often advise young people to start their retirement savings early in their careers, but those who are closer to retirement can take important steps to shore up their finances as well. If you're a few years away from retirement, here are some key moves you should consider to secure your financial future.

Decide the actual age of your retirement

It's easier to plan for retirement when you know your timeline. While 65 may be the typical retirement age, some workers choose to retire at other ages that coincide with the availability of specific benefits and income streams. For instance, those who retire at a younger age may do so in part because 401(k) and IRA savers can start withdrawing from their retirement plans at age 59 1/2 without facing a tax penalty. Those who wait until they're older, meanwhile, might be motivated by the fact that waiting until age 70 to claim Social Security benefits will leave you eligible for increased benefits.

Plus, those extra years can be an important time to shore up existing retirement savings plans. The average retirement age in the U.S. is 62 for women and 64 for men, according toThe Center for Retirement Research at Boston College.

Life on a fixed income requires a good deal of planning, but it's hard to plan if you don't know how much money you'll actually have coming in the door each month. To learn roughly how much you can expect to receive in monthly Social Security payments, check out the Social Security Administration's Retirement Estimator tool.

Ramp up your savings

Many who use online retirement calculator tools are disappointed to learn that they have too little saved. Experts recommend that your retirement savings total an amount equivalent to about 8 to 11 times your annual salary, yet 62 percent of working households age 55 to 64 have retirement savings that are equal to less than one year of their annual income, according to research by the National Institute on Retirement Security.

If you're part of the majority of workers who should be saving more, that will likely require cutting back on your current spending in order to sock more away into retirement accounts. Fortunately, doing so will afford you more than just healthier retirement savings, said Diane Oakley, the Executive Director of NIRS. By "challenging yourself to live on less," Oakley said, you can establish thrifty habits that continue into retirement and ensure that the savings you do accumulate last longer.

The good news is that Uncle Sam lets you play catch up with your retirement savings if you are 50 or older. Once you reach 50 or older, as of the 2016 tax year, you can contribute an extra $6,000 to your 401(k) and most other employer-sponsored retirement plans, for a maximum contribution of $24,000 per tax year.

One key way to cut expenses is to find a less expensive living situation. Some 19.8 million Americans—about 17 percent of the U.S. population --spend at least half of their income on housing costs such as mortgage payments or rent, according to the Harvard Joint Center for Housing Studies.

Reducing housing costs often requires either moving to a less expensive home -- perhaps a smaller one where rent or (if you own) the mortgage and property taxes are lower -- or refinancing your current mortgage. Refinancing, said Oakley, may be particularly attractive today thanks to low interest rates.

You'll want to get a handle on the costs of refinancing -- and when refinancing might not be such a good idea. "If you haven't refinanced your mortgage and you have a high interest rate, you should be asking, 'Should I refinance?' and [if you do] maybe put some of that money you save toward your retirement accounts," notes Oakley.