Not sure which type of retirement plan is right for you? Here are some key points to consider.

Considering that one out of every three Americans has no retirement savings, the fact that you're thinking about a retirement plan means you're off to a pretty good start. Still, if you're going to allocate a portion of your hard-earned money to retirement, it makes sense that you'd want to choose the best plan. Here are four points to consider that can help you get started. 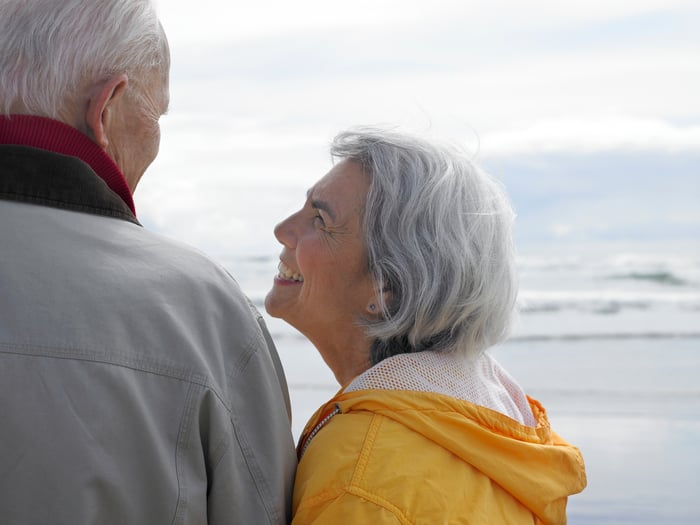 If your company doesn't offer a 401(k) plan, or if you're not eligible to participate, then you'll need to look at other options -- namely, traditional and Roth IRAs. The annual IRA contribution limits for 2016 are $5,500 for those under 50, and $6,500 for those 50 and older. One thing to keep in mind, however, is that if you earn too much money, you may not be eligible for a Roth IRA. Currently, if your adjusted gross income is $132,000 or more as a single tax filer, or $194,000 or higher as a married couple filing jointly, you won't have the option to contribute to a Roth IRA directly. You may, however, be able to contribute money to a traditional IRA and then convert that account to a Roth IRA later on.

If you're self-employed, you have a few other options to consider, like the solo 401(k) and SEP or SIMPLE IRA. SEP and SIMPLE IRAs are similar to traditional IRAs, only they come with a much higher annual contribution limit.

Traditional IRAs and 401(k) plans come with one major up-front tax benefit, and it's that the money you contribute goes in on a pre-tax basis. That means you don't pay taxes on your contributions up front, thus lowering your immediate tax burden. However, when the time comes to tap into those accounts in retirement, you'll pay ordinary income taxes on your withdrawals.

Roth IRAs work the opposite way. With a Roth IRA, you don't get any immediate tax benefit. All of the money you contribute goes in with after-tax dollars. However, the withdrawals you take in retirement are completely tax-free.

Deciding when you want to maximize your tax benefits is a key component of choosing a retirement plan. If you believe that you'll be in lower tax bracket than your current one after you retire, it might make sense to go with a traditional IRA or 401(k) and reap the tax benefits now.

Believe it or not, most retirement plans don't allow you to leave your money alone to earn interest indefinitely. Generally, 401(k) plans, IRAs, SEP IRAs, and SIMPLE IRAs require you to start taking minimum withdrawals once you reach age 70-1/2. At that point, you'll need to start taking out a specific percentage of your account's value every year, as determined by the IRS.

With a Roth IRA, however, you're not required to take minimum distributions. You can leave that money in there for as long as you like, or save some to leave to your heirs. Best of all, because you've already paid taxes on your contributions, your heirs can inherit that money tax-free.

The goal of any retirement plan is to have that money available in, well, retirement. But sometimes circumstances change along the way, and you never know when you might need to take an early withdrawal. Unfortunately, if you take a non-qualified distribution from a 401(k) or IRA, you'll be hit with a 10% early withdrawal penalty by the IRS.

The one exception has to do with higher education costs, and here's where an IRA may be advantageous. With a traditional IRA, you can withdraw money early to pay for college while avoiding that penalty. The same holds true for a Roth IRA, only for a different reason. Since Roth IRAs are funded with money you've already paid taxes on, you're allowed to take early withdrawals for any reason without paying a penalty. However, this allowance applies to your original contributions only, and not your investment gains.

Choosing the right retirement plan is a major decision, and one that shouldn't be taken lightly. But no matter which type of plan you choose, the key is to start contributing to it as early as possible. The sooner you start saving, the better your chances of amassing a sizable nest egg by the time retirement rolls around.