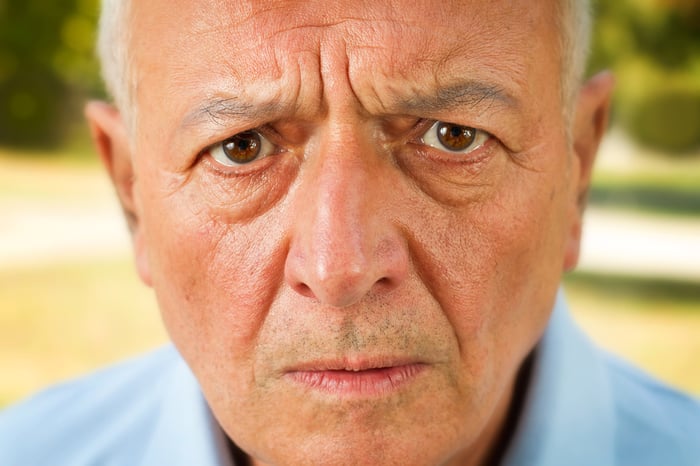 Judgement Day is quickly approaching for the Social Security program, and as of now, Congress has no answers.

According to the 2016 Social Security Board of Trustees report, the Old-Age, Survivors, and Disability Insurance Trust Fund, which is what pays out benefits to more than 60 million people each month, is on track to burn through its more than $2.8 trillion in spare cash by the year 2034. If fixes aren't made to the program, then hefty benefit cuts of up to 21% could be needed to sustain it for another 75 years.

The reason for this depletion can be traced to two key demographic changes. First, baby boomers are retiring at a pace north of 10,000 per day. As baby boomers leave the workforce and become eligible for Social Security benefits, there simply aren't enough new workers to take their place and generate the payroll tax revenue necessary to sustain benefit payouts at their current levels.

The other issue is Americans' increasing longevity. According to data from the Centers for Disease Control and Prevention, we're living longer than ever. That's great news for you and me -- and terrible news for the OASDI, as the Social Security Administration hadn't planned for life expectancies to rise by nearly nine years between the mid-1960s and 2015. People who live longer can draw benefit payments from the OASDI for an extended period of time, exacerbating the budget shortfall.

We need to figure out how best to fix Social Security.

It's not that we don't have solutions at the ready. In fact, more than a dozen solutions to fix Social Security have been proposed, ranging from tax increases to benefit cuts, but there's no agreement in Congress on which solution is best. 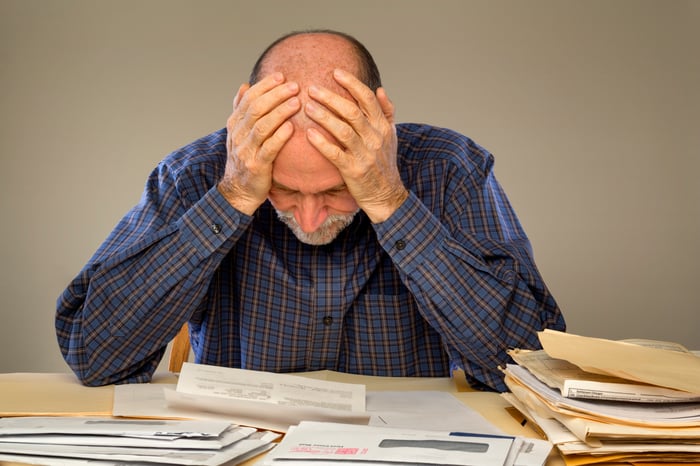 This Social Security fix is a terrible idea

There are some intriguing proposals in the mix -- as well as some notably bad ideas.

In 2014, The Washington Post and the Center for Retirement Research (CRR) at Boston College partnered up to create an informal poll, asking online readers to share their opinions on the upcoming Social Security crisis. The CRR offered a dozen ways to fix the program, with the solutions split between cutting benefits and raising revenue. Readers were allowed to choose as many options as they felt they could support.

The results of this informal study were pretty striking: Two of the solutions stood out as particularly unpopular, garnering just 2% and 3% support, respectively. By comparison, nine of the 12 solutions at least received support amounting to double-digit percentages.

What do these highly unfavorable ideas entail? Doing nothing and passing Social Security's problems off to the next generation.

Doing nothing for the next 18 years and then jacking up Social Security payroll taxes to cover the budgetary shortfall garnered only 3% support. Current payroll taxes are 12.4%, which you and your employer split down the middle (unless you're self-employed, in which case you pay the full 12.4%). If Congress chooses to twiddle its thumbs for now and hike payroll taxes once the cash surplus is depleted, then payroll taxes may need to rise to more than 16%. That would be a sudden and significant extra burden on employers and workers, and it would be particularly harmful to low-wage workers who may already be working with a tight budget. 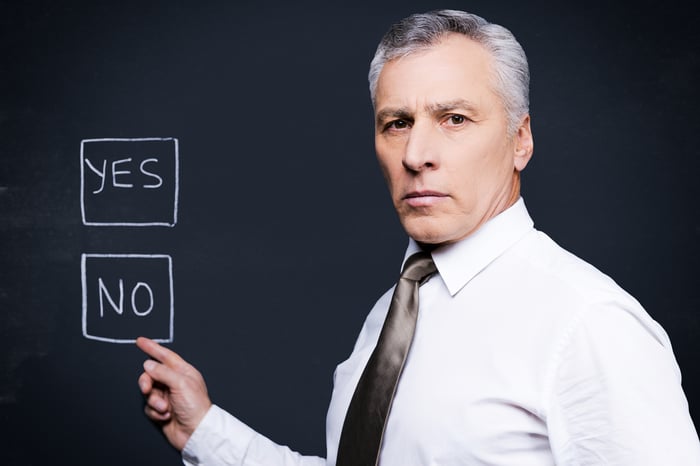 The other scenario also involves sitting on our hands and letting the OASDI's surplus run dry -- but without bridging the budgetary shortfall with a payroll tax increase. Instead, we would maintain the status quo and allow everyone's benefits to fall by 21% across the board 18 years from now. A cut like this would be abrupt and potentially devastating to the nearly 60% of American retirees who rely on Social Security income to help them meet their month-to-month expenses. Furthermore, it could put added pressure on other aid programs, such as the Supplemental Nutrition Assistance Program, by dramatically increasing their funding needs.

Ironically, doing nothing is precisely what Republican presidential candidate Donald Trump has proposed to do with Social Security during his campaign. Standing pat on Social Security might comfort current retirees in their 70s and 80s, but it could be disastrous for baby boomers who have yet to retire or have recently retired.

The American public has spoken, and we agree that doing nothing is possibly the worst idea of all.

Here's the most popular solution to fix Social Security

On the other end of the spectrum, one solution was far and away the most popular: raising the payroll tax earnings cap.

Social Security currently taxes the first $118,500 an individual earns at 12.4%. However, any income earned beyond this amount is free and clear of the payroll tax. This means that nearly 9 in 10 Americans are paying into Social Security with every dollar they earn (because they make less than $118,500), while wealthy Americans are paying a smaller percentage of their income -- and millionaires only pay the tax on a small fraction of their income. Raising the earnings cap above $118,500, or eliminating it altogether, would require wealthier Americans to pay more into the program. This solution garnered support from 69% of readers. Comparatively, the next-most popular solution received support from just 44% of readers.

It's easy to see why lifting the payroll tax earnings cap is such a popular idea: It would only affect a small percentage of taxpayers. Only high-income earners would pay more, and many Americans feel this solution would help to reduce our nation's growing wealth inequality.

Unfortunately, there's one big problem with the most popular solutions to fix Social Security: They won't totally fix the budget shortfall. According to CRR, raising the payroll tax cap only eliminates about 30% of the budget shortfall. Other popular options, such as raising the retirement age or adjusting how inflation is calculated, won't eliminate much of the shortfall, either. In fact, you could combine all three options, and you still wouldn't cover the projected budget shortfall over the next 75 years.

This is what makes fixing Social Security so difficult. The proposals that could have the greatest impact are often unpalatable to voters, and what the people want won't necessarily close the budget gap for long.

Something clearly needs to be done, but what that "something" is remains to be seen.