You may be ready to call it quits, but retiring as early as 62 could have serious financial repercussions.

Many hard-working Americans look forward to retirement -- so much so that they aim to leave the workforce as soon as they're able. It's no coincidence that 62, the earliest age at which you can start collecting Social Security retirement benefits, is also the most popular age for Americans to claim those benefits. But while there are certain advantages to retiring early, unless you're in a really strong position financially, retiring at 62 could wind up being a bad move. Here are a few key issues to consider. 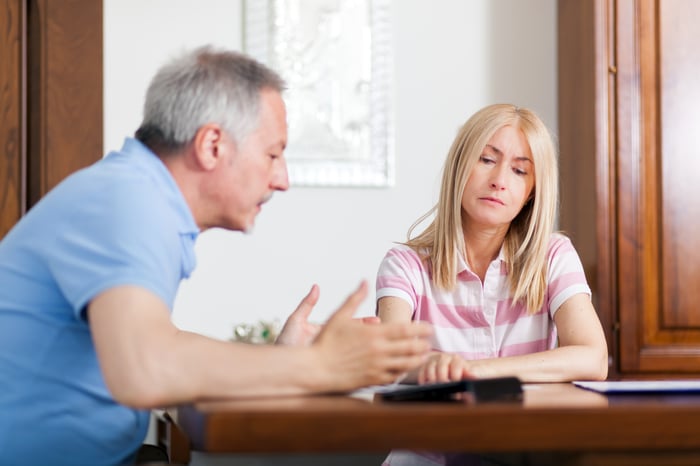 Not only that, but taking benefits early could lower the base amount you're eligible for. Your top 35 years of earnings are aggregated to arrive at what's considered your full Social Security benefit. If you earned significantly less money early on in your career (which is the case for many of us), or if you took an extended break from the workforce, you might need those extra working years in your 60s to boost your base benefit amount -- in which case, retiring at 62 could be a major mistake.

2. You'll need to wait on Medicare

Though Medicare isn't totally free, it's a relatively low-cost health coverage option for seniors. But generally speaking, you're not eligible for Medicare until you reach age 65. If you retire at 62, you'll need to figure out health insurance on your own. This could mean buying your own plan on the open market or paying for COBRA, which allows you to retain the health insurance plan offered by your former employer.

There are two problems with COBRA though. First, you're only allowed to use it for 18 months, after which you'll still need to come up with a new plan. Second, COBRA is expensive. Remember, the amount you pay into COBRA probably won't be the same as the amount you paid for insurance while you were employed, because there's a good chance your employer picked up a big chunk, if not most, of the tab. A completely new health plan might also be more costly than anticipated, especially if you're used to employer-subsidized insurance. But unless you wait until you're old enough for Medicare, you'll need to pony up for health coverage, whatever the cost.

3. You'll have a longer retirement to fund

Americans are living longer these days. The Social Security Administration estimates that the average male 65-year-old today will live until age 84.3, while the average female 65-year-old will live until age 86.6. Now since these are just averages, it's fair to assume that some of today's 65-year-olds may not make it to 84 or 86. But on the other side of the coin, it also means that plenty of today's 65-year-olds will live well past their mid-80s. And if you're one of them, you've got a pretty long retirement ahead of you. Or, to put it another way, that's a whole lot of non-working years during which you'll need money, and you can't count on Social Security alone.

Contrary to what so many people are led to believe, Social Security was never designed to serve as retirees' sole source of income, yet as many as 25% of beneficiaries 65 and older don't have any other money coming in aside from those monthly benefit checks. It's for this reason, among others, that so many seniors struggle to stay afloat financially in retirement. Unless you've saved independently for retirement, and saved well, leaving the workforce at 62 means increasing your chances of running out of money at a time when you're physically and financially vulnerable.

Of course, there are benefits to retiring at 62 -- namely, the ability to relish your free time while you're still relatively young and healthy. And if you've saved adequately, there's no reason not to call it quits once 62 rolls around. But unless you have a sizable nest egg, leaving the workforce a few years early could put you in a pretty bad financial spot down the line. And that's not the kind of retirement you want.