It's hard to imagine what retirement would look like for our country without Social Security. The program lifts millions of senior citizens out of what would be an impoverished existence.

At the same time, overall benefits are modest. The average retired worker gets an annual benefit of $16,200 -- hardly enough to replace the income many have become accustomed to living on. But there are five smart ways that you can boost your Social Security benefits...if you start acting now. 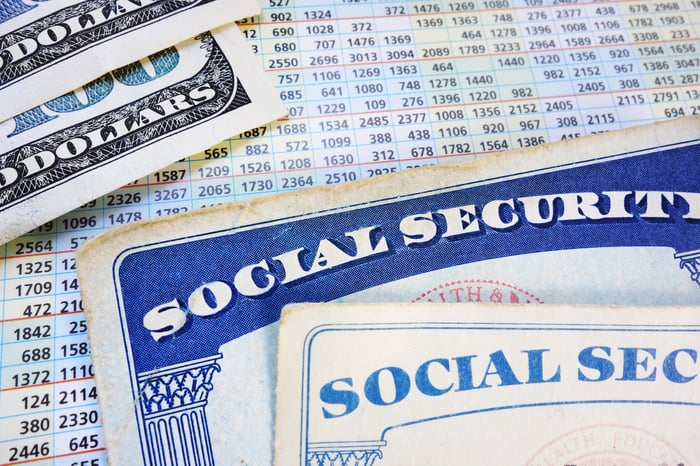 This is the simplest and most well-known way to boost benefit checks. The full retirement age is currently 66. If you claim at that age, you get your full benefit, which you can calculate here.

But you can actually start receiving benefits as early as 62, or as late as 70. If your full monthly benefit at 66 would have been $1,000, here's how it would change based on when you claim.

There's an important trade-off, though. Because those claiming benefits at 62 can accumulate eight years of checks before those claiming at 70, lifetime benefits for those who wait only eclipse the early claimers once they reach their late 80s.

The equation that determines your full benefit draws from your 35 highest-earning years. If you have fewer than 35 years accumulated, then a simple zero is averaged in for the missing years.

If you worked 30 years, earning an average of $50,000 per year, you'd still have five years of no earnings. That would knock your average all the way down to $42,800 -- a substantial difference. To avoid this, make sure you've got 35 years of earnings on your docket before filing for Social Security.

3) Get benefits for your children

Though it isn't the societal norm, sometimes retirees find themselves caring for children. Whether that be through adoption or a birth later in life, if you and your spouse start claiming Social Security while you are the legal guardians of children under the age of 18, those children can receive up to 50% of your benefit.

Be aware, however, that there are family limits on Social Security income. Also, benefits will stop when the child reaches 18 or 19 years of age, depending on whether or not he or she is still in high school.

4) Coordinate with your spouse

Typically, the husband in a marriage has the higher earnings record. Husbands also tend to live shorter lives than their wives. Because of these two facts, it makes the most financial sense for husbands to try and maximize their Social Security benefits. That's because when the husband dies, the wife can assume his benefit -- the higher the better.

Of course, every couple is different. Many don't have enough saved up to wait until 70 to get the maximum benefit for the husband. Sometimes, if the wife starts claiming at 62, it provides enough cash flow to buoy the household's finances. But the takeaway is that careful consideration should be paid to when and why each member of a couple chooses to claim.

5) Hold off on that divorce

This is perhaps the most morose suggestion of the five: If you and your spouse are considering a divorce but are close to reaching your 10-year anniversary, it might be beneficial for both of you to wait until after that date passes.

That's because you are entitled to Social Security benefits based on an ex-spouse's earnings record, given that you were married for at least a decade. I'm not going to dive into all the reasons why this might not be a good idea, but it's at least worth exploring if you find yourself in this situation.