We hear a lot about the importance of saving for the future, and while there's a major retirement crisis going on in the form of workers not saving enough, younger Americans are guilty of an equally destructive mistake: not investing in the stock market. According to a Bankrate study, only one-third of savers ages 18 through 35 are stock investors. At the youngest end of the spectrum, only 18% of those between the ages of 18 and 25 are investing in stocks. 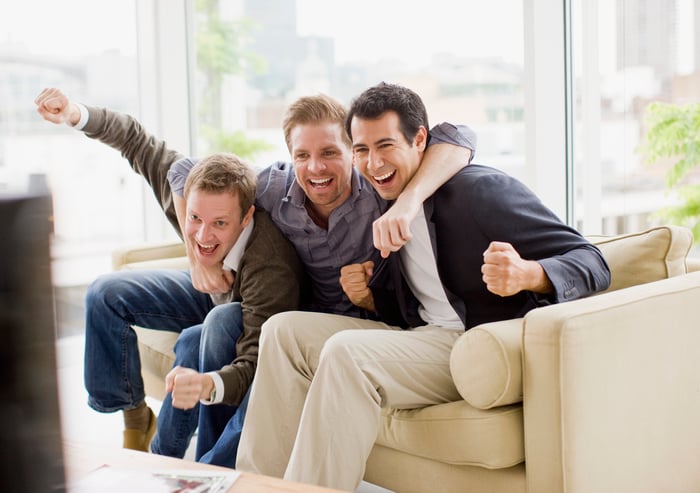 It's a serious problem, but it's not totally bleak. Younger workers still have plenty of opportunity to make up for lost time -- if they act now.

Investing in stocks is generally considered riskier than investing in bonds, and it's far riskier than leaving money in a savings account. But if there's anyone who can afford to take on a little extra risk, it's young savers -- those who still have a good 30 or 40 years before retirement rolls around.

So why aren't millennials investing? Bankrate did a little digging, and here's what they found.

When older millennials -- those aged 26 to 35 -- were asked to name the main reason why they don't invest, here's how they responded:

Interestingly enough, it's older millennials -- those who conceivably have five to 15 working years under their belts -- who are most apt to cite a lack of funds as the main reason for not investing. Younger millennials, meanwhile, are more intimidated by their lack of knowledge. But no matter the reason for avoiding stocks, it's important that younger Americans get past those barriers quickly, while time is still on their side.

So let's revisit the reasons why millennials aren't saving. First, the money bit. While it's true that you need some money if you want to invest in stocks, you don't need a whole lot. Even $100 a month can go a long way toward building a portfolio. And if you really don't have that $100 a month to spare, it's time to examine your finances and start making changes. Perhaps your rent is too high, or you're spending too much on gadgets and clothes. A few small tweaks, like cutting back your cable package and eliminating a couple of restaurant meals each month, can free up that $100 to invest.

Next, let's talk about the fear factor. Nobody wants to lose money -- especially if it's money you've worked hard to save. But if you're 30 or 40 years away from retirement, that's a lot of time to ride out the stock market's ups and downs. Though the stock market has always been volatile, it also has a solid history of rebounding, and if you're in it for the long haul, you stand a good chance of coming out ahead.

Finally, let's talk knowledge. You don't have to be an expert to buy stocks, but it helps to know a little something or two. Thankfully, there are plenty of resources to teach you what you need to know if you're willing to put in the time.

Remember, even if retirement is decades away, you should do everything in your power to save adequately. And unless you give stocks a chance, you're likely to wind up falling short even if you're a pretty good saver from the get-go.

Imagine you start saving for retirement at age 22, contribute $200 a month to a savings account, and collect 1% interest on your savings until you're ready to retire at 65. After 43 years, you'll have about $128,000. Now that might seem like a lot of money, but Americans are living longer these days. Over a 25-year retirement, that's just over $5,000 a year, or $400 a month, to pay your living expenses.

It's easy to make excuses for not investing, but if you keep it up, you risk running out of money in retirement. So while buying stocks may seem like a daunting prospect, the sooner you get over that hump, the more opportunity you'll have to amass that fortune.