Your 50s can be a tricky time financially. On the one hand, you're probably earning more money now than you did earlier in your career, which gives you more flexibility, in general. On the other hand, if you have children, there's a good chance you're facing college tuition bills, or the possibility of paying for a wedding or two in the near future.

And then there's retirement to think about. While it may still be a solid decade away, it's also closer to reality than ever before. The good news, however, is that a few strategic money moves in your 50s could set the stage for the financially secure retirement you're already dreaming about. Here are four key items to tackle sooner rather than later. 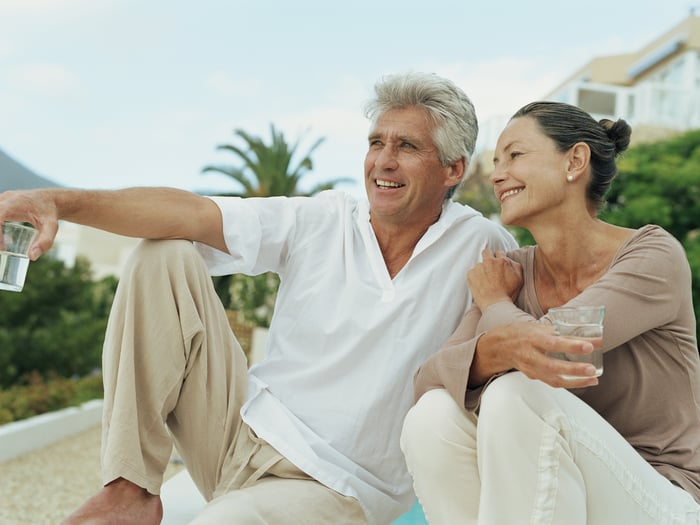 Even if you're nowhere near ready to retire, now's the right time to start crafting a plan. You don't need to lock in a specific retirement age, but you should aim to narrow down a two-year to five-year time frame for when you'd like to retire. The reason? Retiring between 60 and 65 is a completely different prospect than retiring between 66 and 70. There are various rules and benefits that kick in at different ages, and it's important to know what those entail.

Furthermore, now's a good time to review your savings, and see if you're on track to retire within the time frame you're thinking about. Not sure how high your balance ultimately needs to be? You're not alone.

There's no magic savings number to aim for, but if you do your best to estimate your living expenses in retirement, you can visit the Social Security Administration to get a sense of what your monthly benefits might be. Then, if you follow the 4% rule, you can take your anticipated annual expenses, subtract your estimated Social Security benefits, and multiply the difference by 25 to see how much savings you'll need. For example, if you expect your annual living costs to be $48,000 and you think you'll get $18,000 a year from Social Security, then you'll need about $750,000 in retirement savings ($30,000 x 25).

2. Ramp up your retirement contributions

Many people reach their 50s and find that they're nowhere close to having enough saved for retirement. In fact, about 30% of workers 55 and over don't have a single penny saved for retirement. But don't worry if you're behind -- you still have time to amass a sizable nest egg if you start taking advantage of catch-up retirement plan contributions.

Carrying credit card debt into retirement could be a costly mistake. The average amount of credit card debt for Americans 65 and older is an estimated $6,351, and since credit cards charge anywhere from 12% to 20% interest or more, the longer you hold a balance, the more you'll wind up paying in interest charges. Furthermore, chipping away at that debt can be very challenging when you're limited to a fixed income. It's a far better idea to work on paying off that debt in your 50s, while you still have a steady paycheck coming in.

Along these lines, many homeowners aim to have their mortgages paid off by the time they reach retirement. Again, the less debt you have going into retirement, the easier it will be to get by on a fixed income. If your goal is to eliminate that monthly mortgage payment in retirement, now's the time to start making extra payments.

You've probably heard that healthcare is one of the greatest expenses retirees will face, but did you know that a healthy 65-year-old couple today might rack up as much as $377,000 in healthcare costs throughout retirement? That's why now's a good time to start looking into long-term care insurance, which can help reduce the burden of paying for nursing homes, assisted living facilities, and the like.

According to the American Association for Long-Term Care Insurance, over 50% of applicants between the ages of 50 and 59 qualify for long-term care insurance discounts based on their health. However, that figure drops to 42% among 60- to 69-year-olds, and 24% for 70- to 79-year-olds. If you're serious about long-term care insurance, better to sign up now and lock in that lower lifetime rate.

Your 50s offer a great opportunity to take stock of your finances while you still have enough time ahead of you to make changes for the better. Just a few smart moves now could set you up for a more comfortable, financially secure retirement.