There's technically no such thing as an IRA loan, but there is a way to borrow money from your IRA short-term, and without interest. It's important to know the IRA rollover rules, as waiting even an extra day to repay your loan can result in a hefty early withdrawal penalty.

Can you take a loan from an IRA?

The short answer is "no." Unlike 401(k) plans and other types of employer-sponsored retirement accounts, there is no provision for taking a loan from an IRA. In fact, the IRS guidelines even go so far as to state "If the owner of an IRA borrows from the IRA, the IRA is no longer an IRA, and the value of the entire IRA is included in the owner's income." 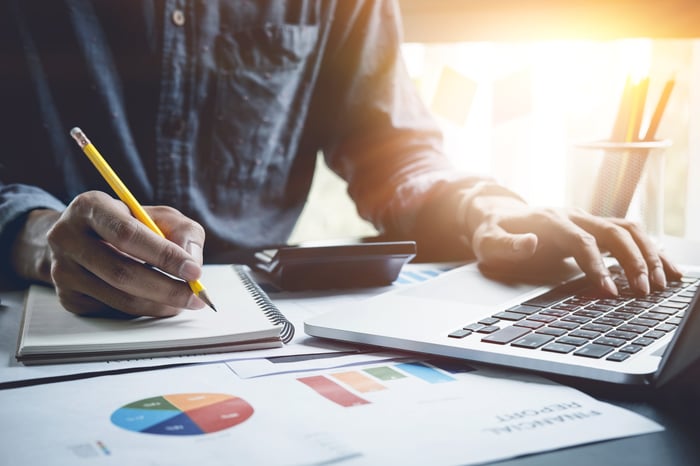 An exception if you need a short-term loan

There is an exception to the rule if you only need the money for a short period of time, specifically 60 days or less. Known as the rollover rule, the IRS allows you to withdraw money from your IRA if you redeposit it in a qualified retirement account within the next 60 days. You can withdraw the money into a new IRA account or redeposit it into the original IRA, if it's done within the required time period.

While this rule is designed to allow people to move money between retirement accounts and financial institutions easily, it can also be used for short-term borrowing purposes.

For example, if I need $2,000 to help pay for my child's college tuition this week, and won't get a paycheck until the first day of next month, I could withdraw the money from my IRA and simply replace it once I get paid.

You are allowed only one IRA rollover in any 12-month period. In other words, you can't simply borrow the money from your IRA again after 60 days have passed.

Be sure you can pay it back in time

A short-term "rollover loan" from your IRA can be a good option if you need the money for a short period of time. You won't even have to pay interest on the borrowed money, which makes this a more attractive option than many other types of borrowing.

However, before you decide to withdraw money from your IRA, it's important to be 100% certain that you'll be able to redeposit the money within 60 days, or else this can turn into an extremely expensive way to borrow money.

If your rollover is not completed within 60 days, it is treated as a distribution. Unless you're over 59 ½ years old or qualify for another exception such as a first-time home purchase or paying higher education expenses, the IRS assesses a 10% early withdrawal penalty.

Roth IRAs have another exception that could help

It's also worth noting that Roth IRAs have an interesting feature that could come in handy if you find yourself in need of cash. Since Roth contributions are not tax-deductible, you can withdraw the money you contributed to your Roth IRA (but not any investment profits) at any time, for any reason.

This isn't necessarily a loan, and you don't need to replace the money within 60 days if you aren't able to. You can still take advantage of the rollover rule and redeposit the money, but if you take longer than that, it will simply count as a non-penalized withdrawal.

Is it a good idea?

Generally, no. Because of the strict time limit, and potential for a harsh penalty if you can't repay the money in time, it's generally advisable to explore other borrowing options first. Even a credit card can be a better idea for shorter-term borrowing -- you won't pay interest for charges you pay back within a month or so, and you have the flexibility to extend the time period if you need to. Paying a couple months of credit card interest is usually better than getting hit with a 10% penalty.

Also, keep in mind that your money won't be growing and compounding in your IRA while it's out, which is the whole point of saving in an IRA in the first place.

The bottom line is that while there are some good aspects of borrowing from your IRA, such as no interest, doing so is typically a bad idea and should be used as a last resort, not a first option when you need to borrow money.

For more information on IRAs, be sure to check out the resources available at our IRA center.

Is an IRA Loan a Good Idea? @themotleyfool #stocks Next Article
Current