It can happen to the best of us. You thought you copied the right figure onto your tax form, but you mixed up a couple of digits. Or maybe you forgot about that interest payment from the bank whose statements you rarely check. It's easy enough to make a mistake when filing your federal taxes, and if it's a genuine mistake on your part, then the IRS may not come down on you too hard.

But there's a difference between slipping up on your taxes and deliberately trying to defraud the tax man, and it's the latter that could get you into major trouble if you get caught. 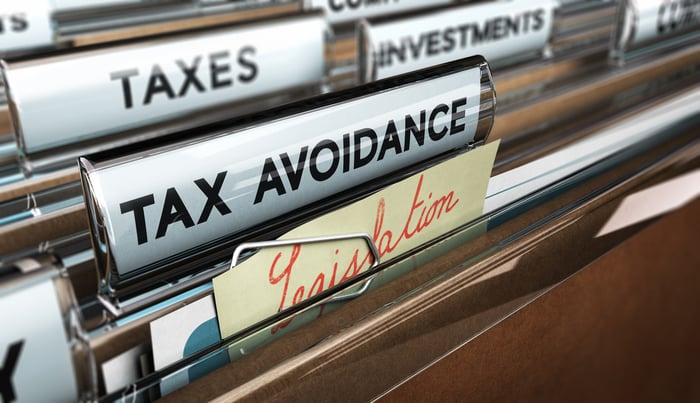 It pays to be honest

Willfully evading federal income taxes is a felony -- but what exactly does "willfully" mean? If you report an income of $20,000 on your taxes when you really made $100,000, that's a pretty blatant error. But even seemingly egregious inaccuracies aren't always cut and dried. And while the concept of willful tax evasion is open to some interpretation, even if you're not flagged as downright willful, the IRS might still find you guilty of what's known as "willful blindness" -- where you purposely remain oblivious to the law to serve your own interests.

So just how many Americans cheat on their taxes in some shape or form? The IRS estimates that up to 17% of taxpayers fail to fully comply with the law when filing their returns. And it's not just rich people who do the cheating. According to the IRS, the majority of individual taxpayers who don't play entirely by the rules are middle-income earners. Not surprisingly, the most common form of cheating is under-reporting income, though claiming more business deductions than appropriate is also a big one among the self-employed.

As far as the penalties for cheating go, they depend on whether your misstep is deemed willful or accidental. An honest but careless mistake could result in a 20% penalty on the amount you underpaid, so if you unintentionally make errors that lead you to underpay your taxes by $2,000, it might cost you $400 (plus the amount that you underpaid, of course). But if you're found to have engaged in tax fraud, the consequences could be significantly more painful. For one thing, you might go to jail. But even in a less extreme scenario, you could face a 75% civil penalty on the amount you owe, and that's just not a risk worth taking.

Deliberately lying to the IRS is quite possibly the worst tax mistake you could make, and the scary thing is that there's sometimes a fine line between fraud and negligence. The good news is that if you're careful when filing your tax return, you can avoid finding yourself in either scenario.

Report all of your income

It's not just your salary you need to report to the IRS. Any income you receive during the year needs to be reported, whether it's from interest, dividends, or payments from a side job. Most banks and brokerage firms make reporting your income easy; they'll typically issue a 1099 summarizing your income for the year. Tracking your freelance income, however, might not be as simple if you did a bunch of small jobs for different clients, as businesses aren't required to provide 1099s if their payments to you total less than $600 for the year. But remember that just because you don't have a 1099 in hand doesn't mean you're not required to report that income. You should also know that for every 1099 form you do receive, the IRS gets a copy -- so if you're toying with the idea of keeping a couple of dividend payments off the books, think again.

If you're self-employed or freelance, you're allowed to deduct legitimate expenses for the things that enable you to do your job. But be careful when taking these deductions, because if you're not precise, you might get hurt. For starters, retain all receipts for business purchases and equipment. Better yet, scan and file them electronically so you don't risk losing them. Next, if you use your vehicle for business, be sure to continuously update your mileage log. If you're ever audited, the IRS will want to know exactly where and how far you traveled for each individual trip you're claiming the mileage deduction for.

Finally, make sure you're really entitled to a home office deduction before you claim one. To qualify, the space in question must be used solely for business purposes, which means your kids' playroom won't count -- even if you've been known to sit there typing away on your laptop while minding your little ones. Furthermore, you'll typically need to prove that your home office is the primary location where you conduct business to take the deduction. If the space doesn't meet those criteria, you could run into trouble if you're picked for an audit.

If you don't have a particularly complicated tax return, then you can probably avoid paying an accountant and just file it yourself. That said, the last thing you want is to get caught making a simple but aggravating human error. To reduce this risk, file your return electronically. The IRS reports that less than 1% of electronically filed returns contain errors. Paper returns, by contrast, sport a 21% error rate.

Lying on your taxes carries serious consequences, so no matter what your financial situation looks like in 2017, don't do it. There are plenty of honest strategies you can employ to lower your taxes and keep more of your money, but defrauding the U.S. government is by no means one of them.