Though an annuity can be a valuable retirement savings tool, it's not the right solution for everyone. If you're interested in buying an annuity, make sure you know what you're getting into before signing that contract. Here are a few common annuity misunderstandings that could backfire if you don't set yourself straight. 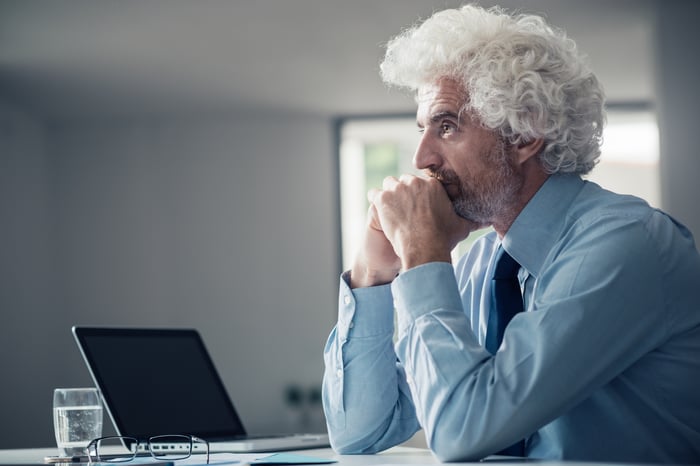 1. I'll save money on taxes today by purchasing an annuity

One major benefit of putting money into a 401(k) or traditional IRA is that your contributions go in on a pre-tax basis. In other words, if you put $5,000 into one of these accounts, that's $5,000 you won't pay taxes on the year you contribute. Annuities, however, work differently. When you buy an annuity, you're actually using after-tax dollars, which won't lower your tax liability at present. But while you can't fund an annuity with pre-tax money, your investment can grow on a tax-deferred basis. This means you won't pay taxes on your investment gains until the time comes to actually take withdrawals.

2. I can withdraw my money whenever I feel like it

You may have heard that if you remove money from a traditional IRA or 401(k) before you reach 59 1/2, your withdrawal will be subject to a 10% penalty. Well, the same holds true for annuities. Unless you qualify for an exception (such as becoming permanently disabled), taking an early withdrawal from an annuity will result in the same consequence.

3. My withdrawals won't be taxed in retirement

Since annuities are funded with after-tax dollars, you'd think you wouldn't pay taxes when the time comes to withdraw your money -- but that's only partially true. Annuities are usually taxed on what's known as a last-in, first-out basis. What this means is that when you withdraw from an annuity, the money that initially comes out is considered earnings on your investment and therefore taxed as ordinary income. However, once you're done withdrawing your earnings, and the value of your annuity falls below what you paid in premiums, your withdrawals will no longer be subject to taxes.

4. It's worthwhile to hold an annuity within my IRA

When you open an IRA, you get to choose where to invest that money. While you might think it's a good idea to invest your IRA in an annuity, there's actually little financial benefit to doing so. Remember, the primary advantage of an annuity is the ability to grow your money on a tax-deferred basis. Since IRAs already offer the same benefit, there's little to be gained by investing your IRA funds in an annuity.

That said, if you're close to retirement and are concerned about not having enough money to cover your living expenses, it could make sense to use a portion of your IRA to purchase an immediate annuity. An immediate annuity is an annuity purchased with a single payment that returns a guaranteed stream of income for a preset period of time. It could be 10 years, 20 years, or as long as you live. As the name implies, immediate annuity payments start right away, so if you're worried you'll outlive your savings, it's an option to consider.

5. I can cancel my annuity if I change my mind

Once you sign an annuity contract, you can't back out unless you change your mind right away. Most annuities allow you to cancel your contract within a short amount of time -- usually 10 to 30 days -- of signing your paperwork. But once this initial period passes, you're locked into your contract, and terminating it early could result in a hefty surrender charge. While surrender fees vary, they generally start at 7% during the first year of the annuity contract and go down 1% each year until the surrender period comes to a close. You can typically avoid a surrender charge if you wish to take out only a portion of your annuity. But if your withdrawal exceeds 10% of your account value, you're out of luck unless you qualify for another exception, such as falling terminally ill or being confined to a nursing or long-term-care facility.

Though annuities are a good way to generate retirement income, their complex nature makes many near-retirees want to run the other way. If you are going to buy an annuity, make sure you understand the rules before you jump in. Otherwise you could be in for a few unpleasant surprises down the line.