Premiums and deductibles are heading higher in 2017. Here are the details you need to know.

Medicare provides healthcare coverage to tens of millions of Americans, making it one of the country's most important social programs. With each passing year, the government makes a few tweaks to the way the program operates, making it critical for current and future recipients alike to keep up with what's new.

Here's a look at three key changes happening to Medicare in 2017. 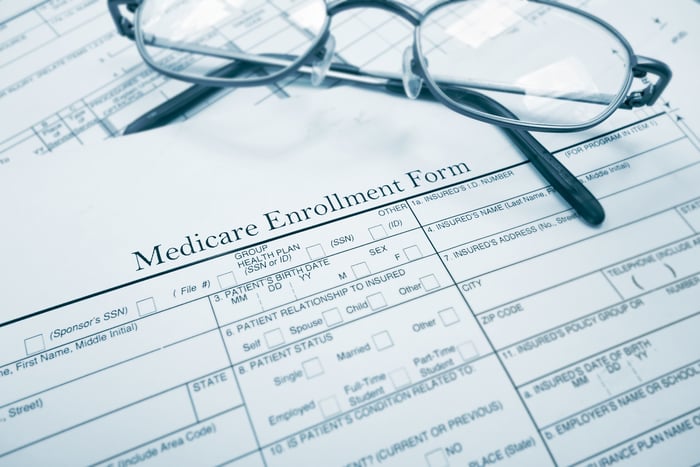 Premiums are on the rise

If you qualify for "free" Medicare Part A coverage, which covers inpatient services such as trips to the hospital, then your costs will remain the same in 2017. However, recipients who pay premiums for Part A coverage will see their costs rise modestly next year. The maximum cost for coverage is set to rise to $413 in 2017, up slightly from $411 in 2016.

Premiums for Part B coverage, which covers the costs of services and supplies needed to diagnose and treat diseases, are also set to move higher in 2017.

If you're already enrolled in Medicare and your premiums are automatically deducted from your Social Security check, then you'll largely be protected. Thanks to the "hold harmless" provision, the Part B premium will increase by only a small amount, limited to the 0.3% increase in Social Security benefits for this group.

However, the monthly premiums for everyone else is set to rise quite a bit in 2017. As usual, the premium changes are based on your taxable income.

Here's a table that helps to summarize the changes:

Monthly costs to for Medicare Part D coverage, which helps to cover the costs of prescription drugs, are also expected to jump in 2017. While the government doesn't set premiums for Part D plans directly, the Kaiser Family Foundation estimates that the 2017 Part D base beneficiary premium is rising 4% in 2017 to $35.63. However, the actual amount seniors pay will vary wildly from plan to plan.

Deductibles and co-payments are heading higher, too

Even though most Medicare recipients don't pay premiums for Part A coverage, they still incur a cost when they use the benefit. And those costs are heading higher in 2017.

Here's a table that shows a summary of the changes.

Deductibles for Part B are also moving higher. In 2016, the annual deductible was set at $166 per year, but that figure is moving to $183 in 2017. Just like last year, once your deductible is met, you'll typically be responsible for 20% of the costs for Medicare-approved services.

Part D deductibles vary between plans, but Medicare does set a cap on the figure. For 2016, that number was $360, but that's getting bumped up to $400 in 2017. Of course, some Medicare drug plans don't have a deductible at all, so this change isn't likely to affect them.

As has been the trend for several years, the number of prescription-drug plan choices for Medicare participants is expected to continue to drop. The Kaiser Family Foundation estimates that 746 plans will be offered across the country in 2017, a 16% decrease over the previous year. That represents the smallest number of plans ever offered since Part D coverage was introduced in 2006. But even with the continued decline, seniors in each state are still expected to have access to at least 18 plans, providing them with plenty of choice.

Medicare's rising costs tend to be the hardest on Americans who operate on a fixed income. Healthcare costs have risen for years, and 2017 isn't likely to be any different. As always, shopping around and taking steps to stay healthy remain the best ways to keep your healthcare costs in check.