One of the most difficult, and important, decisions many Americans will make next year is whether or not to claim Social Security at full retirement age, or wait to claim to benefit from delayed retirement credits.

Any number of reasons can influence when you decide to claim Social Security, but if you're thinking that you might not file next year because future income taxes are heading lower under Trump, you might want to think again. Claiming Social Security next year could mean you end up paying more in taxes, but the benefit of receiving payments at 66 could more than offset any tax savings associated with waiting. 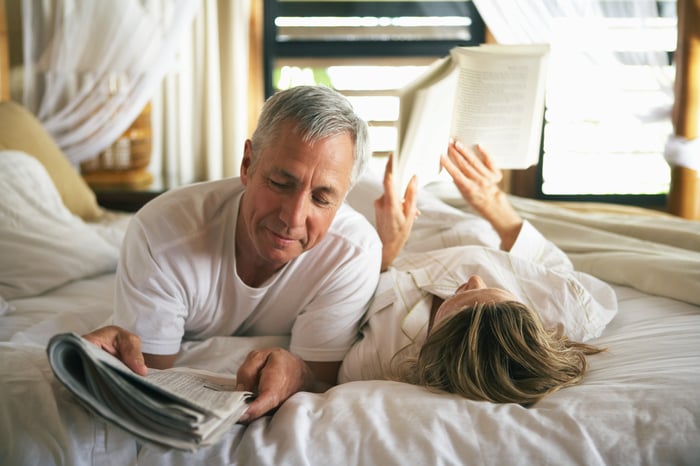 Why waiting to claim might be on your mind

If you'll have to pay income taxes on your Social Security income, it's understandable to wonder if Donald Trump's tax reform policies makes claiming Social Security next year less compelling than claiming it after his tax plan makes its way through Congress.

After all, Social Security income taxes can be significant. How significant? Let's use this Motley Fool calculator to see just how big the tax bill can be. Waiting to claim until Donald Trump's tax plan is enacted could reduce that tax bill because Trump has proposed three tax brackets and, if his plan passes, all but $1 from our example above would get taxed at 12%. Therefore, your tax on your Social Security income could fall by $638 to about $2,550 under Trump.

So why not wait?

While waiting to claim benefits until tax reform passes could pocket you some income tax savings, and allow you to receive a bigger monthly Social Security payment because of delayed tax credits, break-even analysis suggests that claiming benefits sooner, rather than later, remains compelling.

A bigger pay-out may sound like a no-brainer, but break-even analysis suggests that for some, it could be better to receive more smaller payments than to wait.

If you decide to wait until 70, you'll get $1,320 monthly, but it won't be until you reach 82 that the total amount collected by waiting surpasses the amount you would have collected by claiming at 66. Based on how long it takes larger payments to catch up to smaller payments, and the fact that any tax savings associated with delaying when you claim could be small, it may not be best to make your decision based on potential tax reform. Instead, a better decision might be to claim your Social Security income now, and invest it in a Roth IRA, where it can grow tax free, and won't subject to required minimum distributions in your lifetime.

Tax reform isn't being debated in Congress yet, and there's no guarantee that any tax reform that eventually passes will mirror Trump's proposals. Further, not everyone's tax rate declines under Trump's plan, and importantly, there's a chance that tax reform is done retroactively, making the wait until tax rates fall argument a moot point.