Retiring early is a major goal for many working Americans. For some of us, "early" means retiring at 62. For others, it means retiring in our mid-to-late 50s. But no matter what specific age you associate with early retirement, there are three key ways to get there. 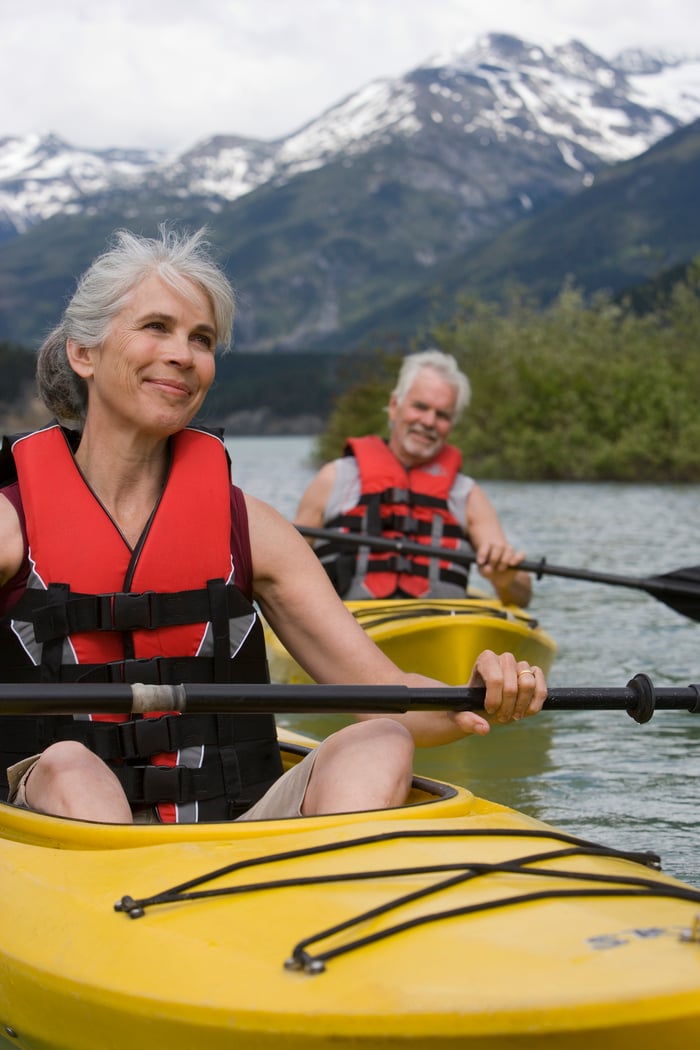 1. Live below your means

You'll need a source of income once you're no longer working, and Social Security sure isn't going to be enough. Social Security will replace about 40% of the average worker's pre-retirement income. Most of us, however, need at least 70% of that our former income to live comfortably in retirement, and if your goal is to travel or pursue a similarly expensive hobby, then you'll need even more. Living below your means during your working years can help free up cash for you to save, and while small changes like downgrading your cable plan can certainly add up over time, you're better off targeting major costs, like housing and transportation.

Housing is the single largest cost for many working Americans, and in 2015, almost 12 million households spent more than 50% of their income on housing -- which is just crazy. Most people are advised to keep their housing costs to 30% of their income, but if you want to retire early, then that target should be as low as 15%-20%. To pull that off, live in an affordable area of the country, avoid a home that's too large or high-maintenance, and make a 20% down payment to avoid adding PMI premiums to your monthly housing costs.

As far as transportation goes, while having a car is often a necessity out in suburbia, it's typically a luxury when you live in or near a city. According to AAA, owning a car costs about $8,700 a year, and that assumes you don't pick the fanciest model on the lot. If you have the option to stick to public transportation, do it. It could put thousands of dollars back in your pocket each year, which can help you meet your retirement savings goals sooner.

Thanks to the beauty of compounding, the sooner you begin saving for retirement, the more opportunity you'll give your money to grow. Let's assume you're able to save $500 a month, or $6,000 a year, and your investments generate an average annual return of 8%. (If you're wondering whether that's a realistic number, consider that the stock market's historical average return is roughly 9%, and if you have an investment window of 10 years or more, you can put the bulk of your money into the stock market and ride out its waves.) The following table shows how much you stand to gain by kicking off your savings efforts at various ages:

As you can see, while starting to save at age 30 would leave you with a decent chunk of money to work with by age 55 ($439,000), starting just five years earlier increases that total by almost a quarter of a million dollars. If you're set on retiring early, start saving as soon as you possibly can.

The key to growing your money isn't just saving early on; it's putting your money into investments that will maximize its growth. In the above scenario, we saw that investing $6,000 a year for 30 years -- a base investment of $180,000 in total -- yielded an ending balance of $680,000 when an average annual 8% return was applied. Of course, that return assumed a stock-heavy portfolio, which not everyone is comfortable with. But if you adopt too conservative a strategy, you'll limit your ability to grow your savings.

Let's say that instead of investing that $500 a month in stocks, you opted to go less aggressive. The following table highlights the impact of your investment strategy on your ultimate balance:

As you can see, sticking to conservative investments could cost you hundreds of thousands in much-needed retirement income. Even a moderate strategy doesn't come close to matching what you'd gain from a stock-heavy portfolio. Your takeaway? Prepare to embrace the stock market in all of its tumultuous glory if you want to retire early. Otherwise you might come up short.

Retiring early often requires some tough choices. If you're willing to live below your means, start saving early on, and invest your money aggressively, then you stand a good chance at achieving this milestone sooner than most.